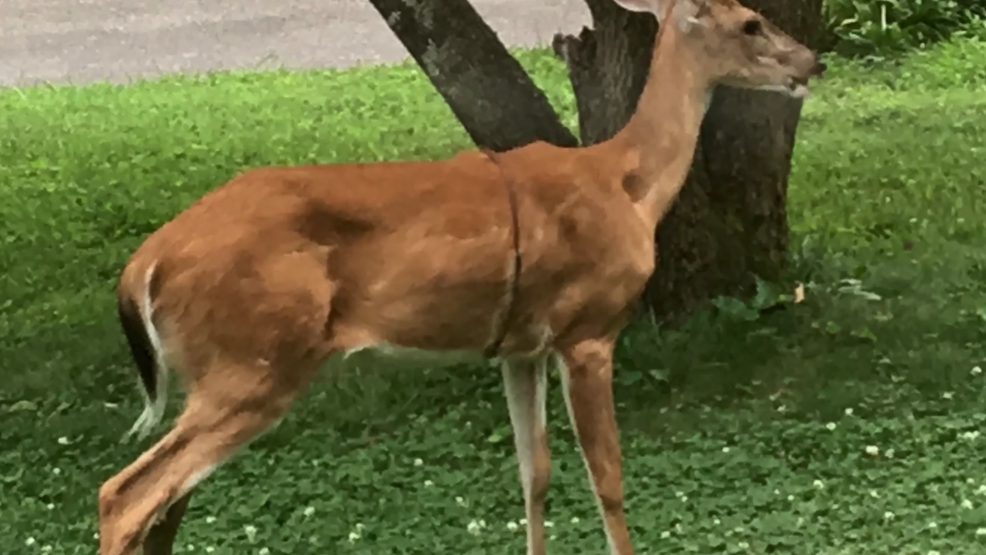 The Tennessee Wildlife Resources Agency (TWRA) recently shared a video of officers coming to the aid of a doe that had found itself wrapped in wire.

A resident spotted the deer among her herd recently, and noticed that it was chafing from the metal wire, which had managed to tightly wrap around her torso, and cut into her chest.

Others spotted her, too, and they notified TWRA Wildlife Officer Sgt. Roy Smith. On August 1, Sgt. Smith met the residents where the deer was last seen and found her within a herd but at a distance.

Over the next few days, the TWRA says Sgt. Smith went back to the area when the doe in question was spotted but was unable to get close enough to her until almost a week later.

At around 1:30 Thursday afternoon, the resident texted Sgt. Smith, telling him the deer was in her backyard eating corn that she had put out to attract the doe, so it could be close enough to be darted.

Sgt. Smith went to the home, and stood on the back deck in order to get a clear shot with a tranquilizer gun. He was successful, shooting the dart from 30 yards.

The video shows Sgt. Smith removed the wire, which he believes was from the top of a tomato cage.

The TWRA says when the yearling doe revived, she walked off into the woods to rejoin the herd.

This is a great story and effort by Sgt. Smith. But we must hope, however, that it does not lead others to think that wildlife officers can come to the rescue in every case of distressed wildlife.