Special Thanksgiving memories in the outdoors 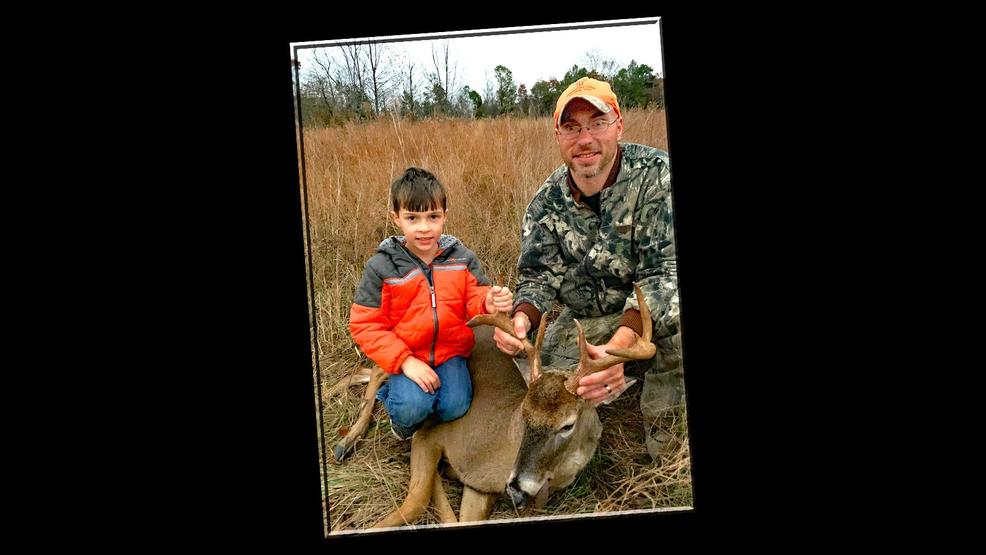 Hamilton County hunter Scott Lillie said, "Thanksgiving break started out with a bang." Many area hunters equate Thanksgiving with some of their most memorable outdoor experiences. (Contributed Photo)

Everyone holds special memories about Thanksgiving. For hunters, however, those memories might be a bit more special as hunting seasons and Thanksgiving often go hand-in-hand.

Scott Lillie is a good example, writing, "Thanksgiving break started out with a bang. My grandfather's 1952 Remington 721, .270 still can reach out there. The kids were excited to say the least."

Some families routinely began their Thanksgiving Holiday in the woods or afield. In Tennessee this is the time of year when whitetail bucks often get a little stupid. Mating season, better known as "the rut," often occurs in late November and bucks are thinking more about making baby deer than they are about hunters. If you're a hunter on Facebook, your feeds are probably filled with BBD (Big Buck Down) photos this week.

Others prefer spending the day, or at least the morning, listening to a pack of beagles pursue a cottontail. Hearts will pound waiting to spy a brown ball of fur streaking through the undergrowth long enough for a well-aimed shotgun to find its mark.

On Friday the first segment of statewide duck season opens in Tennessee and Alabama. Many families will work off their post-Turkey Day feasts by slogging through the swamps and flooded fields.

Sadly, those kinds of Thanksgiving traditions are not as common as they once were. According to an NPR story, the most recent surveys show that only about five percent of Americans, 16 years old and older, actually hunt. That is half of what it was 50 years ago and the decline is expected to accelerate over the next decade.

Every state wildlife agency, most funded by hunting & fishing license sales, has initiated hunter recruitment efforts to try and stop, or at least slow the decline with varying degrees of success.

Atill, whether we are roaming the woods and water on Thanksgiving day or not, most area hunters will be thinking about it. Some will actually give thanks over a wild turkey taken by their own hand, rather than a bird purchased from the grocery store meat counter. That is truly a reason to be thankful on multiple levels.

As for me, I am thankful for a mother and father (now departed) who taught me to love the outdoors with a passion year-round.

I am thankful to have daughters who enjoy the joys of angling at my side. They know the difference between a wood duck and a mallard, a bass from a crappie or even a channel cat versus a blue.

I'm thankful for the loyal friends who have guided me through life from the other end of a boat or blind. All of us will share more times to come and cherish the times that have passed.

But I am especially thankful that we will have a place to do so.

Our streams are not perfect, our forest is not pristine, and the land is not unspoiled. But the seed of recovery still grows. There are more whitetail deer and turkeys in Tennessee now than when the first settlers arrived. Our area lakes offer some of the best fishing in the entire United States.

We now know that our "endless natural resources" are not endless. But we are doing a decent job protecting what we have and for now, I am secure in the thought that my girls will have the opportunity to see and experience much of the same wonderful world that my mother and father showed me.

And yes, for that I am thankful.

Two in custody after chase on I-75 near Ooltewah Wednesday