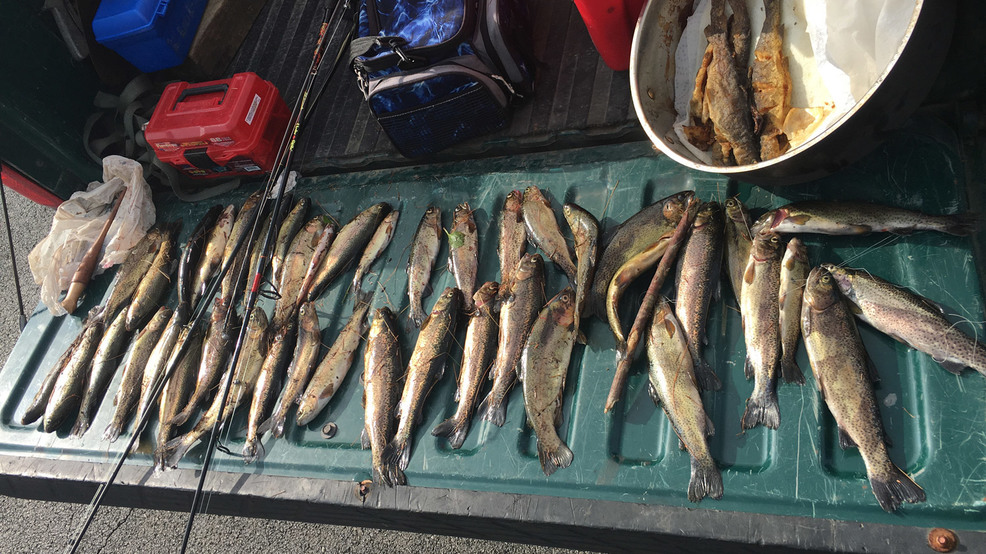 Clay County Sergeant Bill Moulton had a busy night stopping illegal spotlighting in a portion of the county. The following day was Free Hunting Day and squirrel and deer hunters were out again, along with the sergeant. Despite a busy time, when a call came in to the TWRA Poaching Hotline, Sergeant Moulton responded.

A husband and wife had been camping and fishing below Dale Hollow Dam when they noticed a group of six men snagging trout early in the day. After illegally collecting several trout, the men left and the couple assumed they’d never see them again. But the group came back after lunch and resumed their illegal activity. The couple called the TWRA Poaching Hotline.

The group of five adults and one minor were from Murfreesboro. Three out of the six held proper licensing. Three adults were changed with illegal take, possession of illegal game and for being over the catch limit. The limit is seven trout per day, per licensed angler. Two adults were charged with aiding and abetting and illegal methods. The juvenile was given a warning. Total of fines and court costs came to $4020.

Sergeant Moulton said, “I’m grateful for the couple that called the poaching hotline. Without their observation and willingness to call, this illegal activity could have continued. We encourage anyone the witnesses illegal activity to contact us.”

Sportsmen are encouraged to store the Tennessee Poaching Hotlines in their smartphones. The lines are manned from 7 am until midnight seven days a week:

Information such as the individual’s name or description, vehicle tag number or description, nature of offense and location of the offense greatly assists the TWRA in apprehending wildlife poachers. All information received by TWRA is kept in the strictest confidence.