Import ban vital to prevent the spread of CWD 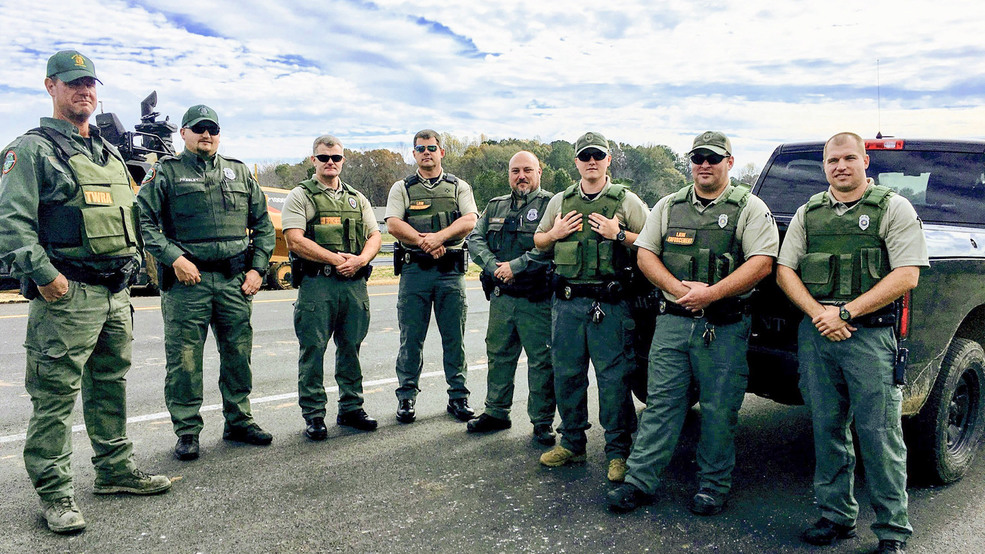 Conservation Enforcement Officers from Tennessee and Alabama working together to prevent the spread of Chronic Wasting Disease – a fatal neurological disease of white-tailed deer and other deer species. (Contributed Photo)

In the Chattanooga area a lot of deer hunters routinely cross state lines into Alabama to hunt, and vice versa. Now, however, due to the appearance of Chronic Wasting Disease in Tennessee, there are new regulations.

It is now illegal to import whole carcasses and certain body parts of any species of deer into either state.

The import ban on deer in Alabama and Tennessee is part of a larger effort throughout the country to prevent the spread of Chronic Wasting Disease (CWD) – a fatal neurological disease of white-tailed deer and other deer species, including mule deer, elk and moose. CWD was detected in West Tennessee last year bringing on new regulations and new challenges for wildlife managers and hunters.

To date CWD has not been detected in Alabama.

“Working closely with our counterparts in neighboring states is one of the best ways we can prevent the spread of CWD,” said Chris Blankenship, ADCNR Commissioner. “It is vital to the health of our deer herd that out-of-state hunters know and follow the hunting regulations in both the state in which they live and the state in which they plan to hunt.”

Under the import bans, no person may import, transport, or possess a carcass or body part from any species of deer harvested anywhere outside of either state without properly processing it before bringing it home.

Similar laws addressing the import of deer carcasses and body parts are on the books in other southern states as well.

“Our greatest allies in the fight against CWD are hunters,” said Chuck Yoest, CWD coordinator for TWRA. “With hunters’ assistance we can help keep CWD from spreading, keep the number of diseased deer to a minimum, and reduce disease rates where possible.”

CWD is caused by a mutated protein called a prion. The disease is infectious, communicable, and always fatal for white-tailed deer. CWD was discovered in parts of Mississippi and Tennessee in 2018. Since then, both states have implemented response plans in order to determine the prevalence of the disease and minimize its spread.

Once CWD arrives, infected deer serve as a reservoir for prions which will shed into the environment through saliva, urine, blood, soft-antler material and feces. There are no known management strategies to lessen the risk of indirect transmission of CWD once an environment has been contaminated. This makes eradication of CWD very difficult, if not impossible.

“Alabama has had a CWD surveillance program in place for white-tailed deer since 2001,” Blankenship said. “We have been fortunate so far, but we need the help of hunters to maintain our CWD-free status. To do so, it is very important for those who hunt out-of-state to know the laws before traveling.”

The public can assist the ADCNR Wildlife and Freshwater Fisheries Division with its CWD monitoring program by reporting any illegal transport of deer or elk on Alabama's roads and highways. Call the Operation Game Watch line immediately at (800) 272-4263 if you see deer or elk being transported in Alabama. In Tennessee, contact the TWRA Law Enforcement Division at (615) 781-6580.

For more information about how Alabama and Tennessee are working to prevent the spread of CWD, visit www.outdooralabama.com and www.CWDinTennessee.com.