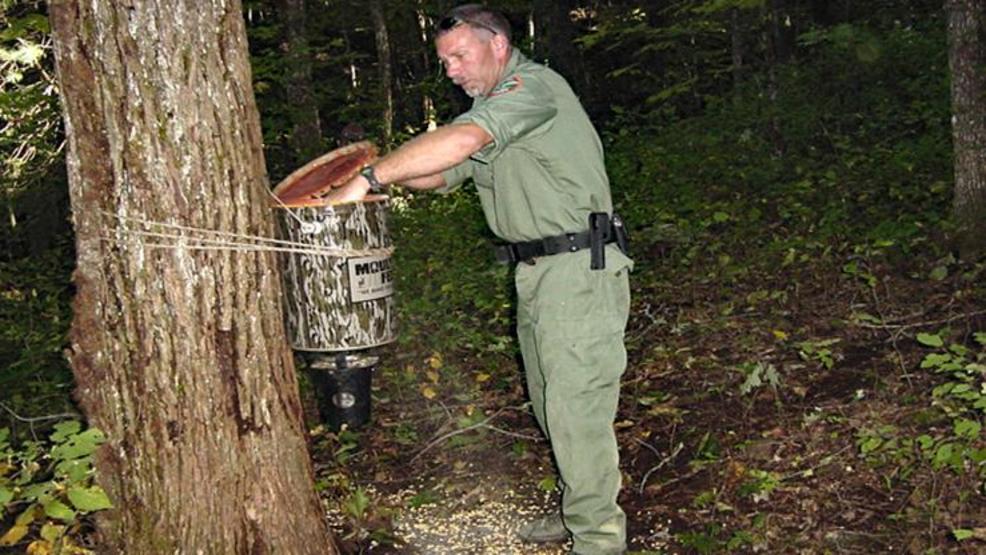 Illegal baiting has always been a major enforcement issue for Tennessee wildlife officers. In Tennessee it has always been illegal based mostly on ethical grounds. However with the discovery of chronic wasting disease in the state biologists say there is a much stronger biological argument against the practice. (TWRA Photo)

Talk to Tennessee deer hunters these days and many fear, "The sky is falling."

That is due to the recent discovery of hundreds of deer infected with Chronic Wasting Disease in West Tennessee. The Volunteer State joins 25 other U.S. states, three Canadian provinces and three foreign countries where CWD has been discovered in deer, elk, moose and caribou. The discovery made in December 2018 forced Tennessee biologists to enact emergency measures in an effort to monitor and slow the spread of the disease.

CWD is not known to infect humans but it can have dramatic impact on deer populations. According to a recent article in Tennessee Wildlife magazine, "There have been population declines of 40 percent in some mule deer populations. There are predictive models that indicate mule deer could be wiped out from some western habitats within the next 50 years."

So what does that have to do with deer hunters baiting deer?

"Most state wildlife agencies would rather [deer] baiting not be legal, even in states where it is already legal," said Tennessee Region III Big Game Biologist Ben Layton. "Baiting is simply a mechanism for disease spread."

CWD spreads via feces, saliva and nose-to-nose contact between animals.

"All of that comes into play at feeding stations," said Layton. "They're all putting their noses into the same place. Some people argue they do the same thing in food plots but it's certainly not to the same degree as a bait station with one pile of corn."

Deer baiting (for the purpose of hunting) is not legal in Tennessee. Many Tennessee hunters have long argued against legalizing baiting saying it simply isn't ethical.

Don Snow, a retired Tennessee wildlife law enforcement officer said, "I taught hunter safety for a long time and I usually taught hunter ethics. We stressed respect. There is nothing respectful or ethical about shooting over bait."

But plenty of people disagree. Deer hunting deer over bait stations remains legal to some degree in about 22 states, some of which have also identified CWD among their deer populations.

South Carolina has not documented any cases of CWD, but deer baiting is legal for hunters, in spite of a strong argument against it put forth on the state's wildlife website.

Billy Dukes, the South Carolina Chief of Wildlife, says the history of baiting for deer in his state is deeply rooted in tradition and it is likely not going away.

"The Legislative and regulatory process in South Carolina is very complicated," said Dukes. "Everything is done legislatively. We function in an advisory role. There are a lot of things that we may not agree with biologically but ultimately the decisions are made by others."

Layton and virtually every other Tennessee biologist have always argued against legalized deer baiting, in part for ethical reasons, but also due to concerns about the spread of disease. They say the appearance of CWD in Tennessee strengthens their argument.

"Of course the Legislature can do anything but I'm thinking we're on better footing to argue against [baiting] now," said Layton.

In fact the emergency CWD procedures in Tennessee make it illegal to put out wildlife feeders inside the CWD Zone whether hunting over it or not. Backyard bird feeders are still allowed but often people put out feeders for deer and other wildlife just for observation with no intention of hunting over it. That is no longer allowed in eight west Tennessee counties.

Deer hunter Eric Leonard feels that should be the case everywhere.

"It should be against the law to feed deer whether you are going to hunt over it or not,” said Leonard. “A pile of corn behind someone's house in suburbia would spread CWD just as fast as a pile of corn in the woods somewhere."

Daryl Ratajczak, a former TWRA biologist says hunters have been brainwashed into believing that baiting improves their chances of harvesting a deer.

"Too much science demonstrates baiting and supplemental feeding’s negative impacts to wildlife, while little to no science demonstrates a benefit. The hunting industry’s marketing teams have pulled the wool over the masses eyes because of their eagerness to find a shortcut. It’s the equivalent of late night television’s magic diet pill infomercials."

In South Carolina biologists studied that exact question and found that deer harvest rates were actually higher in the portion of the state where hunters could not bait, than in the portion where baiting is legal.

The question of whether or not it is ethical for hunters to bait for deer or other wild game is never going to go away completely. But there is a new variable in the environment called CWD that will surely become a part of the conversation in the years ahead.