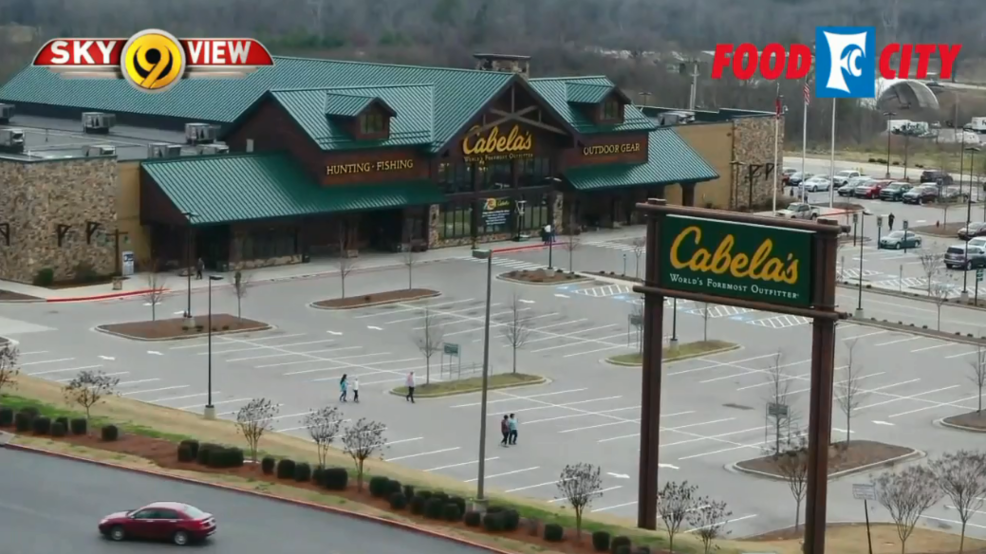 Cabela's says it is closing doors for its Fort Oglethorpe location, effective Monday.

The company says this is part of a merger with Bass Pro Shops and TRACKER Boats, and will bring those brands under one roof at the Bass Pro Shops outlet in East Ridge. All current Fort Oglethorpe Cabela's employees have an opportunity to transfer to the new location.

A news release from the company says, "By bringing these brands together, we can better serve our customers with greater product assortment, value and local expertise in a single location. We are currently updating the Chattanooga store at Jordon Crossing with expanded product offerings from Cabela’s and new exterior and interior signage that celebrates Cabela’s, Bass Pro Shops, and TRACKER. Once completed later this year, the remodeled store will celebrate a grand reopening with special deals and offers."

Cabela's officially opened its Fort Oglethorpe store in May of 2015.

The company also mentioned more attractions coming near the Bass Pro Shops store in East Ridge, including a TopGolf outlet, the expansion of Camp Jordan park, and the stadium that the Chattanooga Red Wolves professional soccer team will soon call home.

NewsChannel 9 reached out to Catoosa County's Department of Economic Development. Keith Barclift tells us that the County did not have any incentives agreement with Cabela's. Instead, the county spent $1.5 million on the site, with the agreement that developer Larry Armour would repay them through generated sales tax. His deadline was May 2022.

Barclift says the county was repayed as of December 31st, 2017, which was five years ahead of schedule. Barclift recognizes tax payers are missing out on the money sales tax would normally bring in now that Cabela’s is closed. He says Bass Pro owns the land. The company told leaders Monday that it’s too early to say whether they’re planning on selling or leasing the land.

Read the full statement below:

The majority of customers aren’t too upset about the closure.

“I was in there about a week ago. I had gift cards I needed to redeem. I guess it’s a good thing I went then, or I would have had to go to Bass Pro,” said Touchstone.