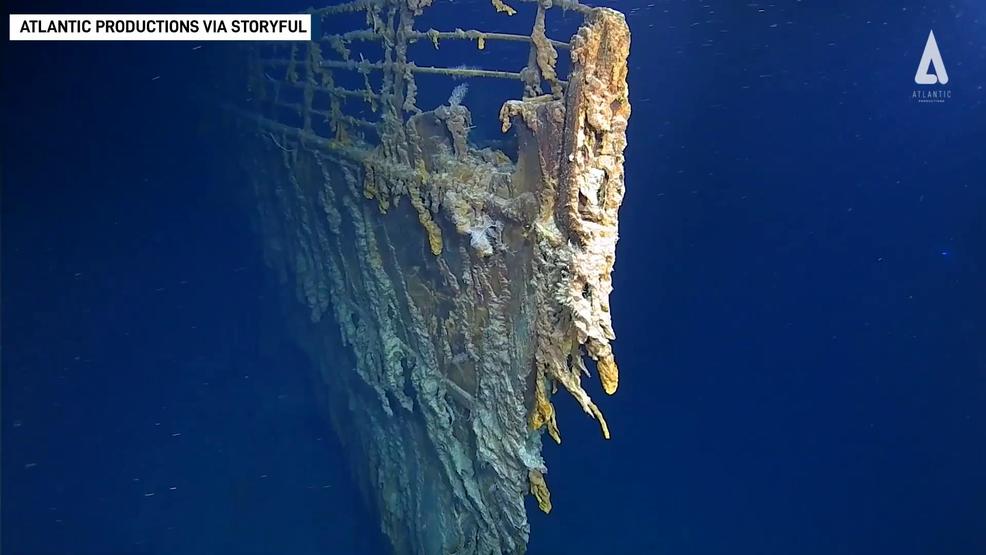 NEWFOUNDLAND, Canada (STORYFUL)- A team of ocean explorers revisited the wreck of the RMS Titanic at the beginning of August, capturing 4K images and video of the disintegrating ship.

The exploration team, led by explorer Victor Vescovo, Titanic expert Parks Stephenson, expedition leader Rob McCallum of EYOS Expeditions, and a technical team from Triton Submarines, studied the wreck of the Titanic during the expedition.

The team made five dives to the wreck at the Titanic’s final resting place, 370 miles south of Newfoundland, Canada, over the space of eight days, according to a media release.

Footage released by Atlantic Production shows the level of the shipwreck’s deterioration since the last dive was made 14 years ago.

“The wreck is going to continue to deteriorate over time, it’s a natural process,” said scientist Lori Johnson of the remains. “These are natural types of bacteria, so the reason that the deterioration process ends up being quite a bit faster, is a group of bacteria, a community working symbiotically to eat, if you will the Iron and the sulphur.”