AMAZING: Woman reels in a fish with two mouths on Lake Champlain 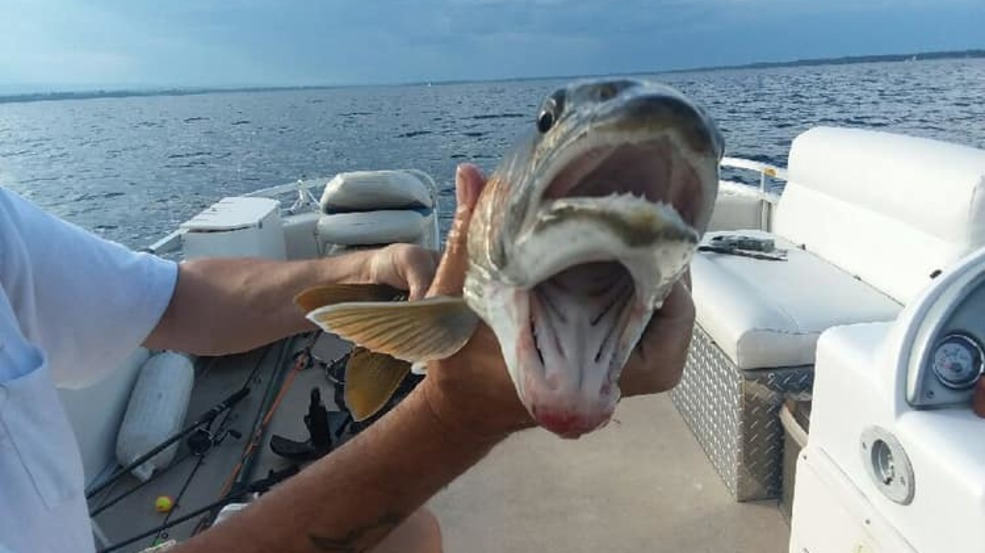 PLATTSBURGH, N.Y. (WCYB) - A woman in New York reeled in a truly rare sight while fishing on Lake Champlain in New York a few days ago.

Debbie Geddes told NBC 5 that she was fishing with her husband when she caught a lake trout with two heads. She took a few pictures and released the fish back into the lake. Her photos have now gone viral on Facebook after her co-worker Adam Facteau shared them.

"I've had messages from all over the world, like people asking about this fish and it seems like everybody's got an opinion on what is the cause of this fish having two mouths,” Facteau told NBC 5.

Multiple theories about the fish are swirling around. Some say the fish was cut by a hook. Others believe the fish is the child of Champy, a lake monster known to swim the waters of Lake Champlain.