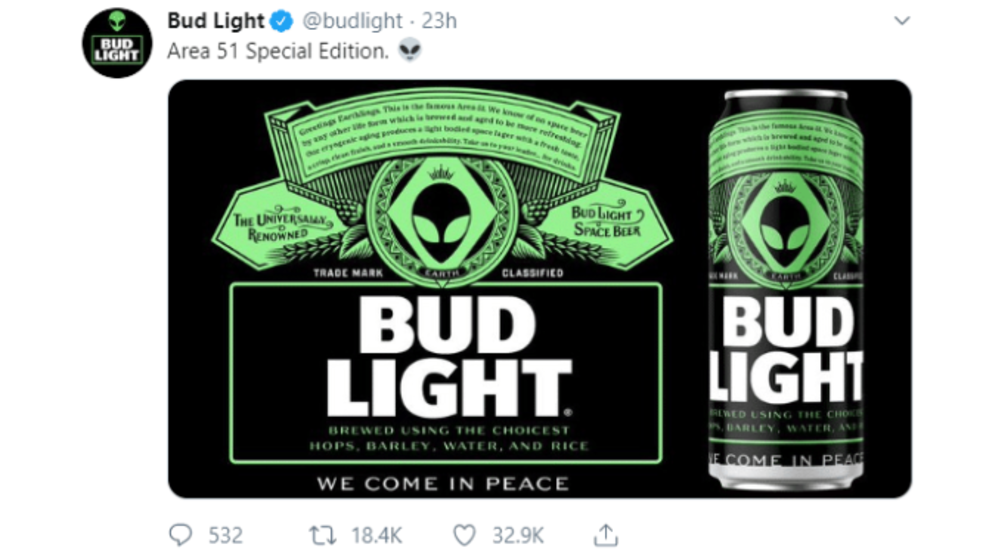 You've no doubt heard about the viral event calling for people to storm Area 51 and "see them aliens" on September 20.

So far, the number of people who have said they're attending the parody event has exceeded 1 million.

Now, Bud Light is offering ice cold beers to any aliens who happen to make it out of the top-secret Nevada facility.

"Greetings Earthlings. This is the famous Area 51. We know of no space beer by any other life form which is brewed and aged to be more refreshing. Our cryogenic aging produces a light bodied space lager with a fresh taste, a crisp, clean finish, and a smooth drinkability. Take us to your leader...for drinks."

This comes just two days after Bud Light said it would not be sponsoring the Area 51 raid -- looks like a pretty big change of heart!

Air force officials have said in a statement that they are aware of the Facebook event and say "any attempt to illegally access the area is highly discouraged."

As to who will actually show up on that fateful Friday in September, well, only time will tell.