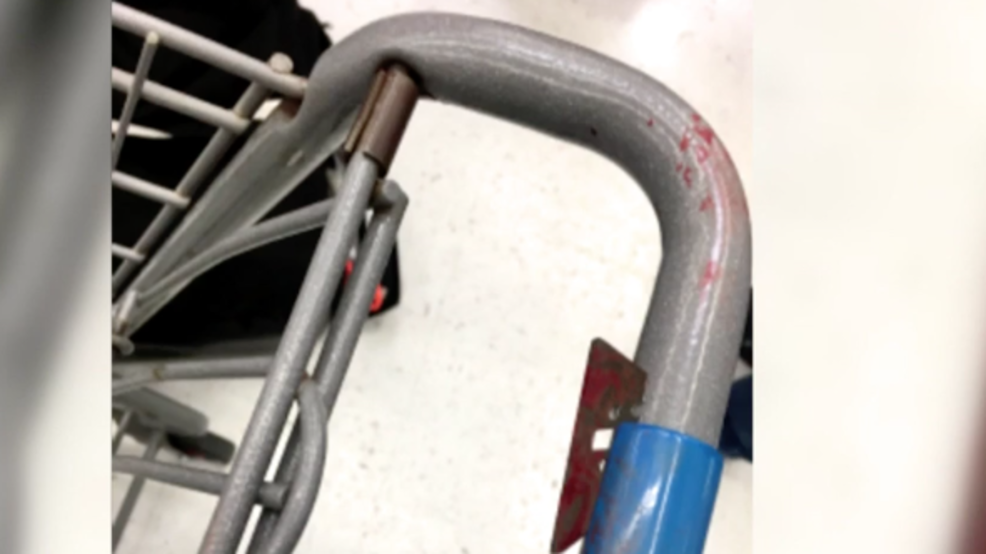 CEDAR PARK, Texas (KEYE) - A Cedar Park woman is warning families and shoppers after she says she sliced her hands on a razor blade left on a Walmart shopping cart.

Silver Taylor said she was on a usual errand trip to Walmart, located on 201 Walton Way in Cedar Park on November 13. She tells CBS Austin she did not notice anything unusual until two customers in line at the pharmacy told her she was bleeding. Authorities responded to the incident around 11 a.m.

"Sure enough, I was just dripping blood, and oh my god,” said Silver Taylor, recalling the moment.

Taylor’s attorney shared with CBS Austin a photo he said paramedics took of the razor blade that was inside the shopping cart handle. He said Taylor at one point fainted and hit her head during the fall after losing blood.

She was taken to St. David’s hospital for treatment.

“Once that they determined that there was no internal bleeding present. The hospital managed the care of the wounds, which are three large, deep lacerations to her right hand, her dominant hand, and then one laceration to her left hand,” said Attorney Brad Wurster.

"I don't know if anyone really understands the gravity of how thankful I am that I got hurt, and not a child, my sons,” said Taylor.

Taylor said she has a medical condition that forces her to take blood thinners, which means her wounds are more susceptible to opening up and could force her hands to go through a longer healing process.

"I have ruined sheets,” said Taylor. “My children are scared to touch me because they're afraid they'll hurt mommy."

Wurster said they still do not know who put the razor blade on the cart, but say Walmart should be held accountable.

Taylor said what she wants more than anything is an apology from the company. Also, she hopes her experience can be a lesson of caution to others who shopping.

"Look, look before you do anything. and that's sad we have to live in a world like that,” said Taylor.

Taylor's attorney's said they have given legal notice to Walmart and are asking for the company to provide a settlement.

Walmart issued the following statement on the incident:

The safety of our customers and associates is always a top priority. We completed a thorough investigation and have been unable to substantiate Ms. Taylor’s claims.

Earlier this month they told us they were grateful the customer wasn't seriously hurt and were working with police.

CBS Austin also reached out to Cedar Park Police for any updates on the investigation into the razor blade incident but have not heard back. As of last week, no one has been arrested in connection with the incident.