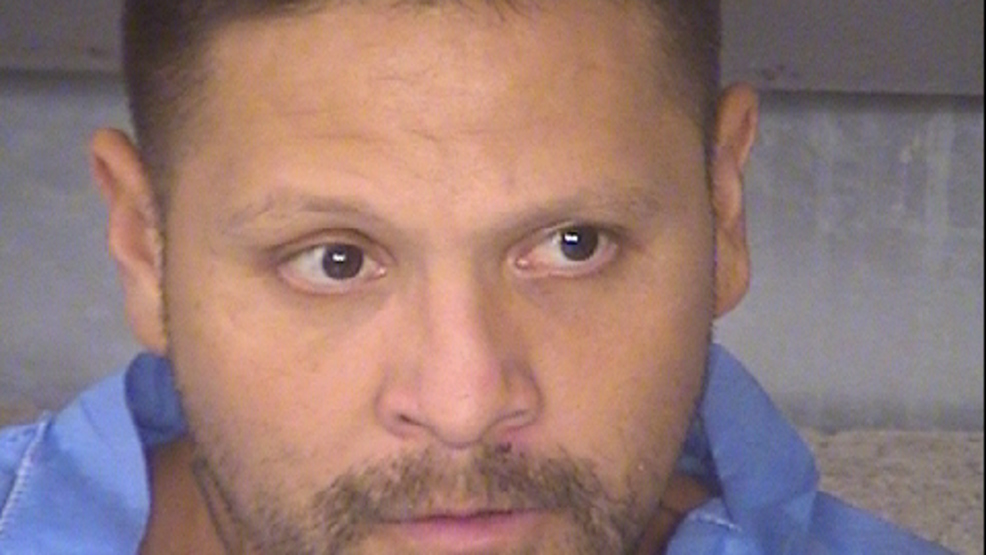 SAN ANTONIO (WOAI/KABB) - Matthew Reyes Mireles, 38, has been identified as the man who led police on a chase and killed K9 officer Chucky.

Mireles is facing plenty of charges, including felony charges of interfering with police service animal, attempted capital murder of a police officer, aggravated assault of a public service and evading arrest.

SAN ANTONIO (WOAI/KABB) – A man was shot several times by police after a highspeed chase and standoff in Texas.

It all started at about 10 p.m. Friday when deputies in Karnes County tried to pull over a suspect to serve warrants for his arrest. The suspect fled, and then State Troopers joined in on the chase that headed into San Antonio. The suspected is described by police a 38-year-old man who is known to be wanted.

"It's still unclear what those exact warrants are for," Bexar County Sheriff Javier Salazar told us. "I believe one of those to be DWI."

Speeds reached nearly 100 miles per hour as the suspect took shots at police from his pickup truck. The chase winded through Loop 410, Highway 281 – and then finally ended in the Westbound lanes of Loop 1604.

The suspect eventually came to a stop in the middle of Loop 1604 and jumped out of his truck. He left the truck on and it rolled back into a patrol vehicle.

He then began walking down the highway with a gun in his hand toward Alamo Ranch. He continued to fire shots at officers and a circling helicopter. Deputies and troopers closed down that section the roadway and kept people back.

There are reports the suspect was streaming the event Facebook live at least at the end of the chase.

Sheriff Salazar was unable to confirm these reports, but said it speaks loudly about the suspect if it is true.

"That's one of the things that I've heard, but I haven't personally seen that." Salazar said. "I can't even begin to think what's going through this persons mind that he's out putting dozens of officers in danger, hundreds of civilian lives at danger and he's on Facebook Live.

"That tells you what kind of depraved sense of reality this person is living and just kind of tells you a lot about his character, I think it's pretty indicative of that."

A 5-year-old K-9 officer was ultimately released to take down the suspect.

Deputies then fired several shots, hitting the suspect several times in the lower part of his body.

The suspect was transported to University Hospital in critical condition at last check.

The Sheriff says the suspect is facing a variety of charges, though none are official yet but do include attempted capital murder, deadly conduct, evading arrest and more.

Warren Buffett gets out of the newspaper business