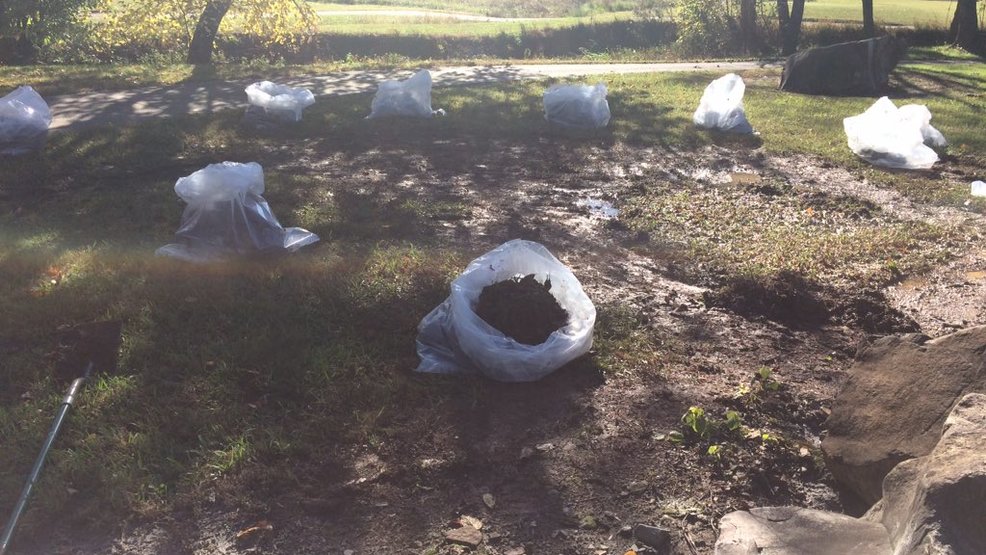 Crews with Hamilton County's Waste Water Treatment Authority (WWTA) are working to clean up a sewage leak that happened over the weekend at the Champions Club at Hampton Creek golf course in Ooltewah.

WWTA tells our crew on the scene one of their pumps had a sewage leak, and that crews have been working to repair it since Sunday afternoon.

The leak is malodorous.

On Monday, the WWTA released a statement about the spill:

“The WWTA was made aware of a sewer overflow in the Snow Hill community Sunday afternoon. The overflow was due to flushable wipes and feminine hygiene products that clogged the system. The overflow was stopped shortly after we were made aware of it. Clean-up began at 8:15 a.m. this morning, Monday October 29th. The WWTA is currently testing the stream and should have an analysis of the health of the water within the next 24 hours.

Clean-up efforts include pumping the excess water and spreading lime as the area dries along with monitoring the situation for additional clean-up as necessary. In addition to these steps, the WWTA has implemented an online monitoring system that will allow the Authority to be apprised on any issues in real time.

The WWTA wants to remind the public there is no such thing as a ‘flushable wipe’. Feminine hygiene products should always be discarded in a trash receptacle and grease should also be disposed of in the trash, not by pouring it down the drain.”

The WWTA later said they found metal inside the clogged pumps, and that a new, larger pump will be installed sometime this week or next.

Residents tell us the smell is hard to ignore. Some of those residents also tell us the leak is proof that WWTA would have a tough time maintaining a sewage plant.

Those residents have recently let their voices be heard at several community meetings about the new sewage treatment plant. Read more about that here.

This is a developing story. Depend on us to keep you posted.