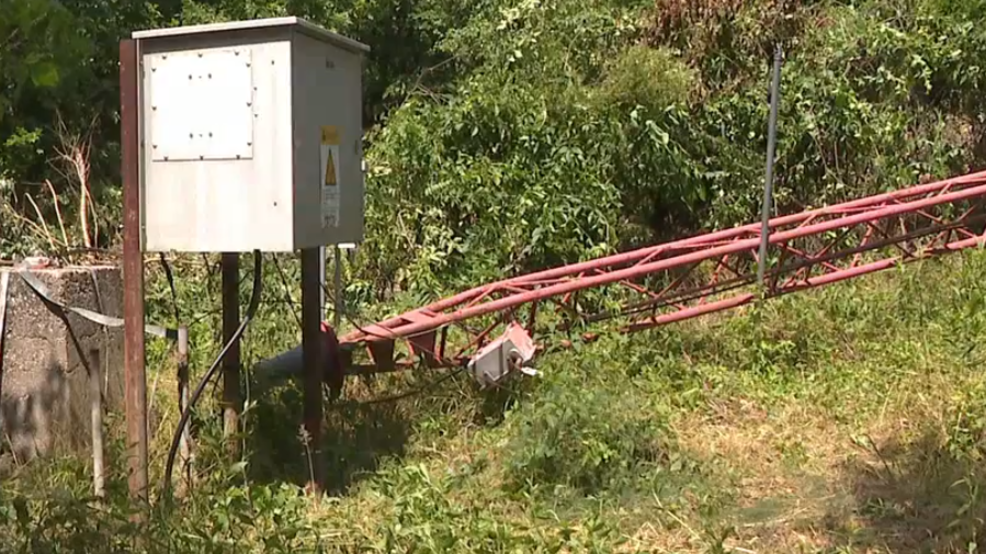 The Chattanooga City Council has approved emergency funding for the radio tower. The tower will cost the city $198,600.

We are still working to obtain public documents related to this accident.

WNOO officials confirm the station back on the air.

They say they are using a weaker, temporary tower, but the station is now transmitting on AM and FM.

Folks across the area were listening to dead air on Thursday after the WNOO radio tower fell down and the city might be to blame for the accident.

"It was a day from hell, if I may say so," says Lee Clear, who has been in the radio business for more than 50 years. He's owned WNOO for over a decade, but on Thursday, it all came crashing down.

"About 10:30 or so, sister Willie McClendon, our gospel DJ, heard this loud explosion, huge boom and it shook the building and they were wondering what was going," said Clear.

A city worker was on the job fixing sewer lines near the radio tower when Clear said the equipment operator accidentally clipped a guy-wire. It helped anchor the tower in place.

"So the 205-foot tower, you know the other two guy-wires just pulled it down right next to the building," Clear said it was a terrifying situation. There was police and firefighters all in action. He said Public Works was there and apologized.

"I said I appreciate you being sorry but we're off the air and if you're a radio station, you're off the air you're outta business, people cant hear us," said Clear.

Between ad space, special guests, and daily music playing, Clear said the clock is running and they're losing money.

"So we've gotta hope that the process really speeds up so that I can, you know, start paying people, you know the bank and everybody else," said Clear.

Clear said while the station is off the air, listeners can still stream the station online. However, he said it'll take at least a month before getting the tower back up and functioning.

"Steels gotta be ordered and then there's new guy-wires, then they gotta put it up section by section and mount all the stuff that's on the side it... It's not gonna be overnight," Clear said all they can do now is wait and thank god that it didn't crash into the station.

Lee Clear said the city is making this a priority. The mayor and public works director said they'll get the station whatever it needs to get the tower back up and running.

City spokesperson Richel Albright confirms they are paying for the damages, but did not specify an amount.