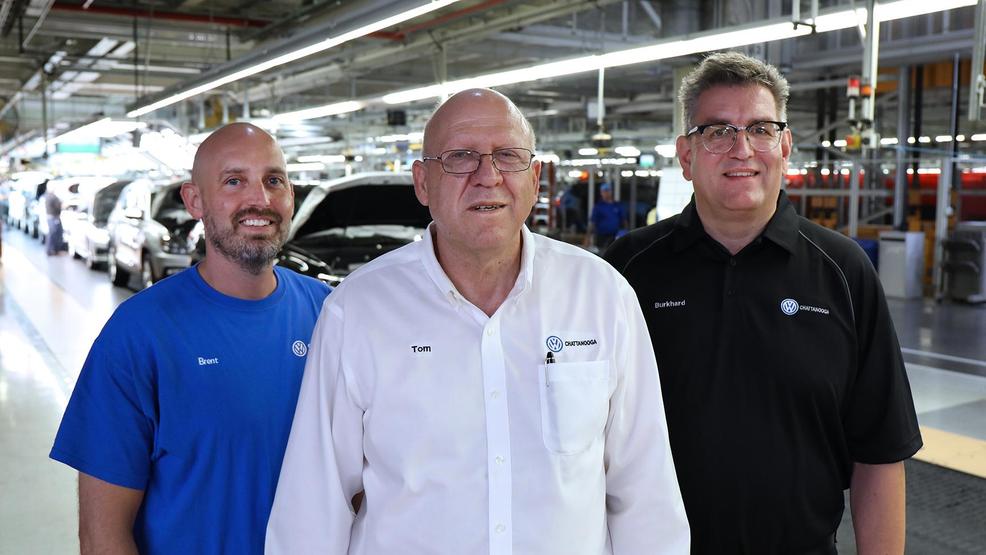 According to a press release, Tom du Plessis will take over as CEO of the Chattanooga plant.

The release said he has previously worked as head of production at the Volkswagen plants in both South Africa and Shanghai.

"Although I am new here, I already have a positive feeling about this factory," du Plessis told employees. "I'm looking forward to becoming a Chattanoogan and delighted to be part of Volkswagen's exciting future here."

Former VW CEO Frank Fischer served as CEO from 2008 to 2014 and assumed the role again this year prior to du Plessis' hiring.

Fischer has introduced du Plessis to all Chattanooga employees, according to the release.

"Today I am very proud to share the news with you that we have found the right person," Fischer said in a press briefing Thursday. "I am convinced he is the right leader to take ownership, coach the team and bring them forward while steering the success of this factory of further expansion of our electric future."

In addition to a new CEO, Volkswagen Chattanooga says it is also appointing two others to the executive leadership team.

Burkhard Ulrich will serve as Senior Vice President of Human Resources for the factory, according to the release. He has been with the Volkswagen Group for 27 years.

The release also said Brent Hinson, the new Senior Vice President of Finance and IT, is the first American appointed to a Chattanooga executive leadership position.

Having served as finance manager for the Chattanooga plant earlier in his career, Hinson returns from VW's American headquarters in Virginia.