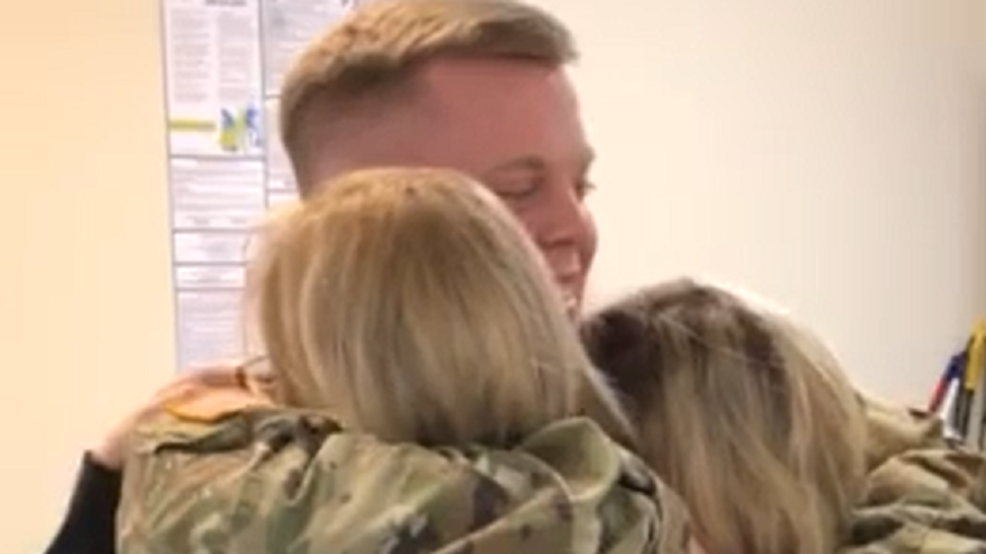 The magic moment, from video taken by Steve Sharp.

And his dutiful dad was nearby capturing the entire thing on video.

Steve Sharp tells NewsChannel 9 his son, 20-year-old PFC Sawyer Sharp, is a combat medic who has been stationed in Landstuhl, Germany for the past year.

Sharp says his son still has another year of service in Germany before returning stateside.

So his mother and sister had no idea what was coming Tuesday morning.

Sarah and Stevie Sharp were both at work at Comprehensive Medical Solutions, Inc., when Sawyer Sharp walked in like it was just another day, made eye contact with both of his female relatives, whose jaws both then hit the floor.

PFC Sharp is a 2017 graduate of Southeast Whitfield High School.

We appreciate Steve Sharp sending us this heartwarming video, and thank PFC Sharp for his service to our nation.