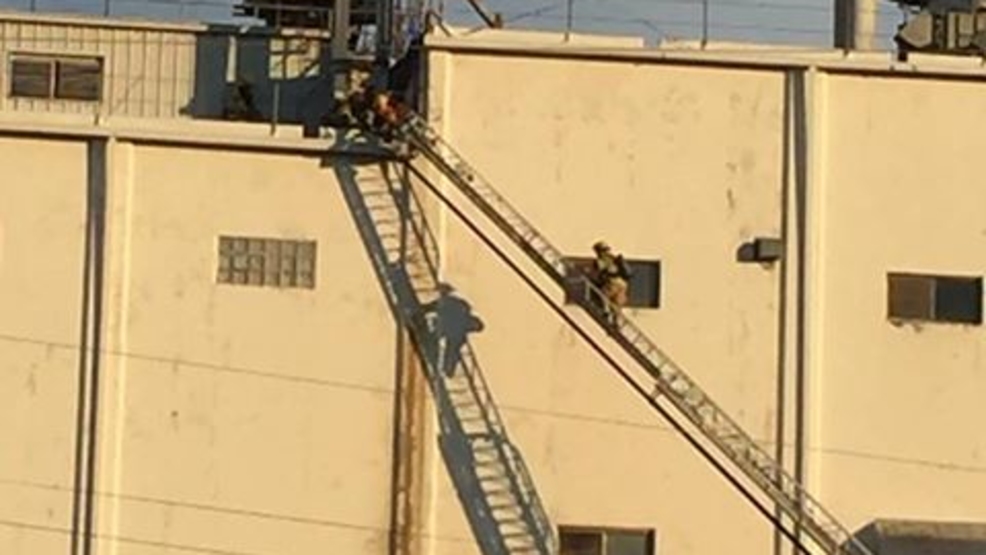 Chattanooga firefighters climbed over 10 stories to put out a potentially explosive fire at a flour mill Monday. (Image: Herman Gillilan)

Chattanooga firefighters climbed over 10 stories to put out a potentially explosive fire at a flour mill Monday.

Ardent Mills personnel reported smoke coming from the building just after 7:30 a.m., and all employees were evacuated.

Once on scene, the Chattanooga Fire Department says they saw light smoke coming from a vent on the upper half of the tall structure.

Firefighters set up a 109 foot aerial to gain access to the lowest roof of the building. From there, another 200 feet of hose was deployed 50 feet up to the next landing and into the building.

Crews worked on cat walks and in small spaces to flush water through a maze of pipes to extinguish a smoldering fire.

Viewer Herman Gillilan shared video & pictures with us from the scene.

CFD says that due to the large volume of potentially explosive flour dust in the mill, especially in confined spaces, any such fire is considered an extremely hazardous situation.

Crews pumped in thousands of gallons of water until no smoke was coming from machinery.

No one was injured, and the cause of the fire is under investigation.

CFD says the mill will resume operation after machines are thoroughly cleaned.