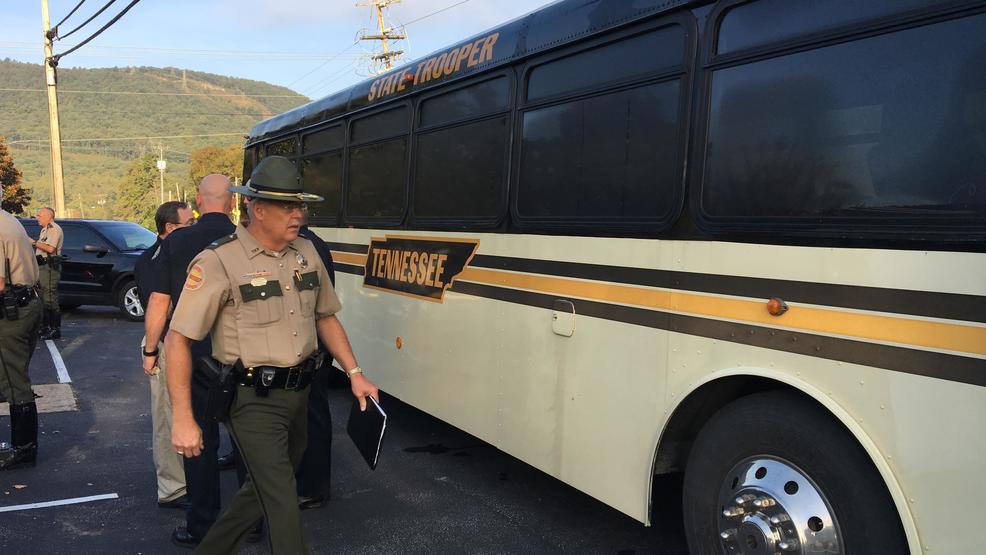 "Distracted driving continues to be a major threat to the safety of our highways," said Commissioner David W. Purkey of the Tennessee Department of Safety and Homeland Security. "Due to the success of our first bus tour, we were encouraged and eager for the THSO, THP, and local law enforcement to execute the initiative a second time this year."

Law enforcement took to Chattanooga's highways Wednesday to crack down on what they call a growing "epidemic": distracted driving.

Tennessee Highway Patrol and local agencies are teaming up this week for a bus tour, traveling across Tennessee to spread a message of safety and to catch people with their eyes off the road.

The THP provided a large, black and tan bus marked with THP logos to transport law enforcement as they observed motorists for traffic violations. NewsChannel 9 joined them on board.

Officers within the THP bus communicated to patrol vehicles on the road when they spotted distracted drivers.

Everyone else can legally have a phone in hand, which THP Lt. John Harmon says makes enforcement difficult.

"We know someone is utilizing the device, but that person is not considered 'distracted' until we see his eyes come off the road," said Harmon.

Since the phone alone isn't enough to prove drivers are doing something wrong, officers have to watch for other indicators, like swerving and speed changes.

He says speeding and following too closely have always been the two main causes of crashes, but now that cell phones are in the mix, the odds of an accident are even higher.

According to the Tennessee Integrated Traffic Analysis Network (TITAN), in 2017, there have been 22,704 motor vehicle crashes statewide where distracted driving was a contributing factor.

Eighty-one of those crashes were fatal.

This time last year, there were 23,486 crashes statewide where distracted driving was a contributing factor. Of those crashes, 107 were fatal.