Tennessee lawmakers hearing both sides as abortion bill is discussed 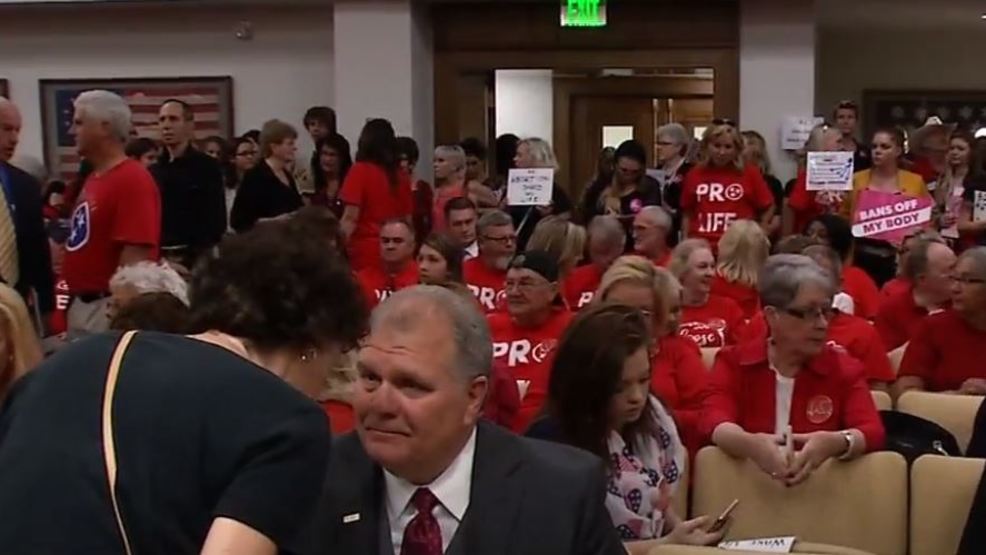 It was a busy Monday for lawmakers in the Tennessee Senate hearing room.

Lawmakers spent hours listening to those on both sides of the heartbeat abortion bill.

“It's unconstitutional and it's dangerous for women,” said Ashley Coffield, CEO of Planned Parenthood’s Tennessee and North Mississippi region.

The room was packed but the opinion, quite divided.

“We believe in pro-rights we believe in the rights of a child, especially with a heartbeat,” said Don Richey who supports the Heartbeat Bill.

State senators are considering a bill that would make it illegal for a woman to get an abortion six weeks after a heartbeat is typically detected.

Women who have been raped, are victims of incest or have a medical condition that threatens their health are exempt.

Choosing to have an abortion is a tough decision that Erica Zippert knows from experience.

“I just knew right way that's what was right for me at the time in my life," Zippert said. "I absolutely knew that I didn't want to be pregnant at that time.”

She says something that important should be her decision, not for lawmakers to decide.

“I can't imagine that being okay with any other procedure like surgery on a toe. It's my body. It's my choice and I can't imagine someone else's choice being taken away,” Zippert said.

Matthew Nowlin, who is pro-life, disagrees.

The bill passed the house during the last General Assembly, which ended in April, but was stopped in the Senate chambers.

Lawmakers wanted to take more time to work out foreseeable hurdles with passing the bill.

For example, if someone murders a pregnant woman, if both mother and fetus die, would the suspect face two murder charges?

Lawmakers also wanted to comb through other legal issues related to medical circumstances that could be brought up.

“You have to make a stand. This is not an issue that is black or white," Richey said. "It's either pro-life or your pro-choice and there isn't an in-between."

Currently, Nashville has no abortion clinics. This comes after funding was pulled from the clinic.

Memphis and Knoxville still offer them.

The Heartbeat Bill hearing will enter day two on Tuesday for the legislative summer session.

The bill will go back before lawmakers when the General Assembly reconvenes in January.

Arizona, California cases push US tally of new virus to 5