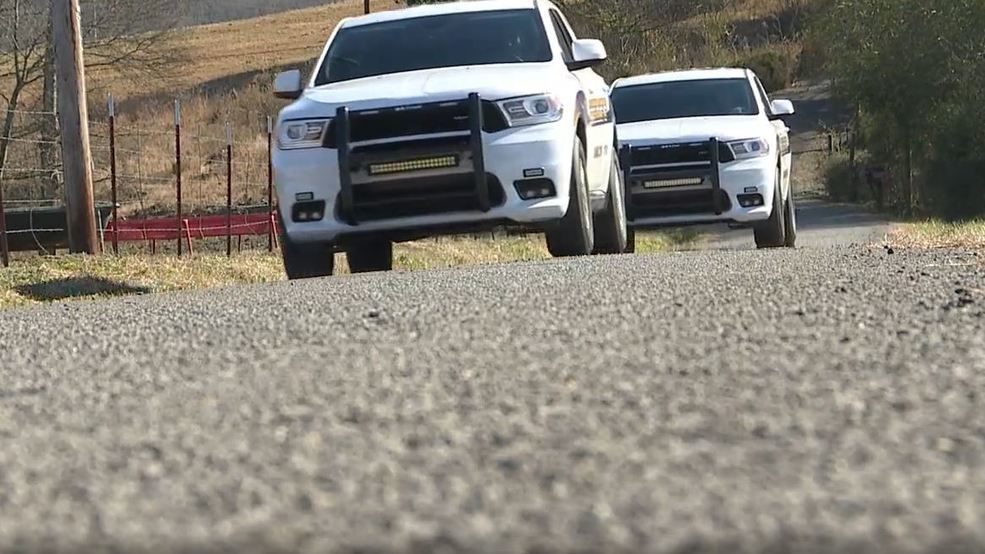 “We’re in a rural part of the community here, and it puts people on edge whenever they believe that someone is loose," Swanger said. (Image: WTVC)

On Tommy Austin Road in Dunlap Tennessee, the sounds of nature are typical.

But what’s not -- is the search for fugitives.

Sequatchie County officials found and arrested Jonathan Bryant and Tiffany Julian Saturday morning, who have active federal warrants out of Rome, Georgia -- for having drugs, resisting arrest and for owning guns as felons.

“Rome, Georgia, is almost like Sequatchie County -- it's nothing but woods and back roads," said Mendy Davis, a long-time resident of Dunlap, Tennessee.

Davis says these kind of moments leave her scared.

"I worry about my children," she said. "Just making sure they're safe and protected."

“We’re in a rural part of the community here, and it puts people on edge whenever they believe that someone is loose," Swanger said. "Anytime that you have someone you believe to be loose and armed in your neighborhood, it makes it a sense of urgency for us."

But deputies say the community can rest easy because after a search for a possible third suspect, they learned they arrested the only two involved.

Sequatchie County officials say they'll be in contact with the U.S. Marshals Service out of Georgia to arrange for the fugitives to be sent back.

Sheriff Coy Swanger from Sequatchie County says that based on what they’ve learned from witnesses, the possible “third person” deputies were searching for is actually one of the two fugitives they already arrested this morning.

Sequatchie County Sheriff's Office is actively searching for a man in Dunlap.

Deputies say after searching they arrested a man and a woman in the area who have active federal warrants out of Rome, Georgia.

Sequatchie County Sheriff Coy Swanger says they are possibly looking for a white man in the area. They could not provide a more detailed description.

Deputies say witnesses on the scene told them they saw a third person.

Officials have been searching the area for about 4 hours with K-9 units.

U.S. Marshals and Hamilton County Sheriff's Office is assisting with the investigation.

Sheriff Swanger says if anyone sees anything unusual to give them a call.

This is a developing story. Depend on us to keep you updated.