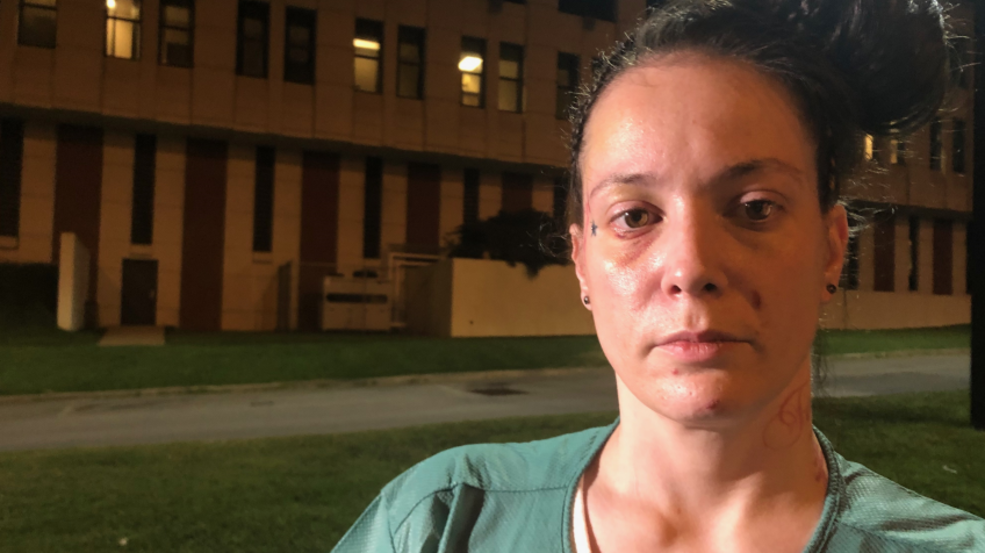 "I've cried for help. I've been begging them. I've been calling my husband. They deactivated my pin," Jenny Pullum told us. (Image: WTVC)

A sexual assault victim is speaking out after she says Silverdale Detention Facility correction officers knew her body was being brutalized - and turned a blind eye.

The Hamilton County Sheriff's Office (HCSO) confirms to NewsChannel 9 that an investigation is now underway.

(WARNING: The report below contains disturbing material and harsh language)

While her body has been through an ordeal, she says what you can't see hurts the most.

"That private area, sometimes heals on itself, but actually it's not. It's hanging," said Pullum.

While behind bars at Silverdale Detention Facility, Pullum says several inmates believed she had drugs hidden in her genitals.

So, she says they tried to cut them out.

"About 10 girls came in the shower and were punching me in my face. They had razor blades and they was trying to go up in me with objects. And they cut me open and I guess that's when I lost conscious. Then I woke up," said Pullum.

On August 20th, doctors found evidence that Pullum was a victim of sexual assault.

"I kept taking them to my door to explain what had happened. They told me to shut the f*** up if I want to be outside. I shouldn't be in jail if I want to be with my husband, so they don't care what really happened to me and they just kept me in the hole and they did nothing to the other girls," said Pullum.

Hamilton County Sheriff's Detectives tell us they found out about an assault at CoreCivic that took place on August 20th.

Investigators believed her injuries were so severe, she needed to go to the hospital.