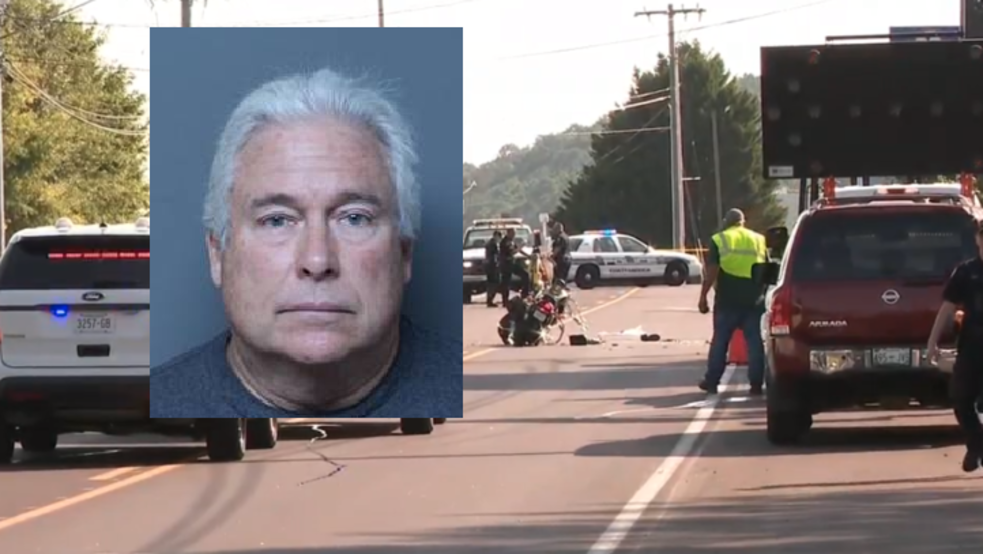 A Hamilton County Grand Jury has indicted Gary Moore in this case on the charge of failure to yield involving death.

Chattanooga Police have identified the man who was killed on the motorcycle as 56-year-old Michael M. Steele.

Police said Tuesday that Gary Moore has been charged with failure to yield the right of way (accident resulting in the death of another).

Chattanooga Police are charging 68-year-old Gary A. Moore with failure to yield the right of way (accident resulting in the death of another).

Police have still not identified the motorcyclist pending next of kin, but say he was a 56-year-old man.

Police say Moore was driving a GMC Acadia south on Lee Highway and merged to the center lane to turn left on Walker Road.

The motorcyclist was heading north, and police say Moore turned into his path, causing him to strike his SUV on the passenger side.

The driver later died at the hospital.

Chattanooga Police ask anyone with information regarding this incident to call 423-698-2525 or submit a tip via the CPD Mobile App. You can remain anonymous.

Chattanooga Police closed a stretch of Lee Highway Tuesday morning after a serious motorcycle crash, that we later learned was deadly. (UPDATE: That stretch of road is now back open).

The crash happened a little before 9 a.m. at the 7500 block of Lee Highway, near Walker Road.

TBI: Human trafficking reported in all 95 counties in the state

TBI: Human trafficking reported in all 95 counties in the state