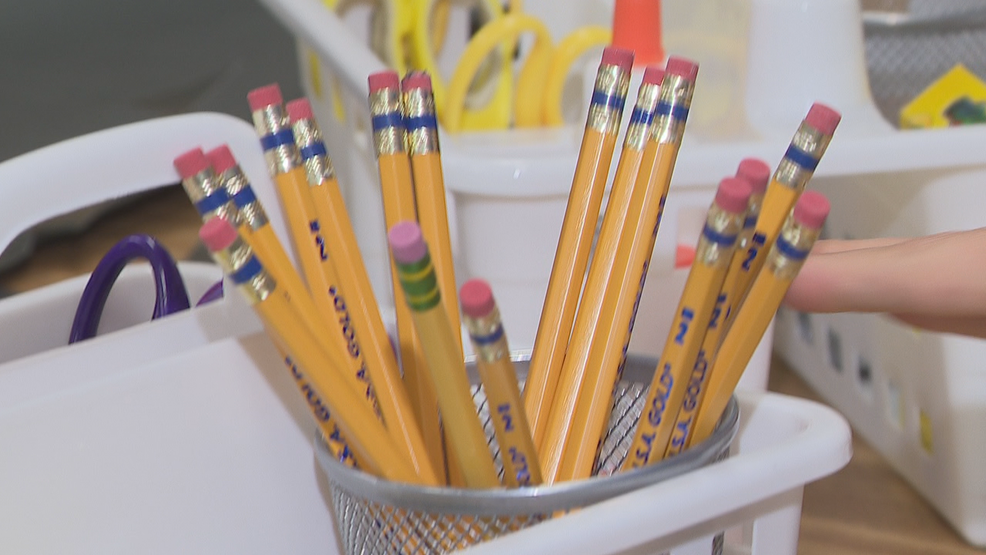 The Hamilton County School Board passed a revised version of the 2019-2020 budget during a special called meeting Thursday night. That budget includes a one-time $1,500 bonus for teachers.

School Board Member Rhonda Thurman tells us the $75 stipend is also supposed to be covered in the new budget.

On Thursday evening, the Hamilton County School Board will vote on a stipend to give teachers in Hamilton County a $75 towards school supplies to stock up their classroom.

Jeanette Omarkhail helped put this proposal together and admits that $75 is not a lot of money but it is a start, and feels it would send a message that Hamilton County cares for their teachers.

According to adoptaclassroom.org in 2018, 96% of teachers spent their own money on classroom supplies, with an average cost of $740 per teacher, with 28% spending more than $1,000.

Today, we spoke with Angie Oliver, who teaches kindergarten at Red Bank Elementary. She says she pays anywhere from 500 to 750 dollars a year on supplies, but tells me she has reached $1,000 before during her 10-year career in education.

Oliver spends anywhere up to 80 hours a summer preparing for the school year, while buying books, pencils, chairs, and more in the process. She says anything will help when it comes to a stipend but adds that $75... "It’s usually just a drop in the bucket."

If the vote passes in the memorandum of understanding, the stipulation would be that a teacher must spend a combined seven and a half hours working on their classroom during a time frame that has not yet been voted on or confirmed yet.

Teachers have wishlists or other means to get supplies, but Oliver pleas with the Chattanooga community to think of your local educators when looking at what you have.

"Even just donate books that your kid has outgrown would be great, anything small and minute - every little bit."

For someone who spends over $500 a year, when I asked Mrs. Oliver if she had anything else she would like to add at the conclusion of our interview she told me the main reason behind spending hundreds on the classroom; the kids.

"We just put out heart and soul into everything that we do. Your children are our children throughout the day. We care that much about them and hope that they know they."

The Hamilton County School Board meeting began at 5:30 tonight.

Count on us to bring you the result of the proposed vote for a teacher stipend.

Trump sets presidential record for most tweets in a day

People who had contact with man with virus to be monitored

Trump sets presidential record for most tweets in a day

People who had contact with man with virus to be monitored