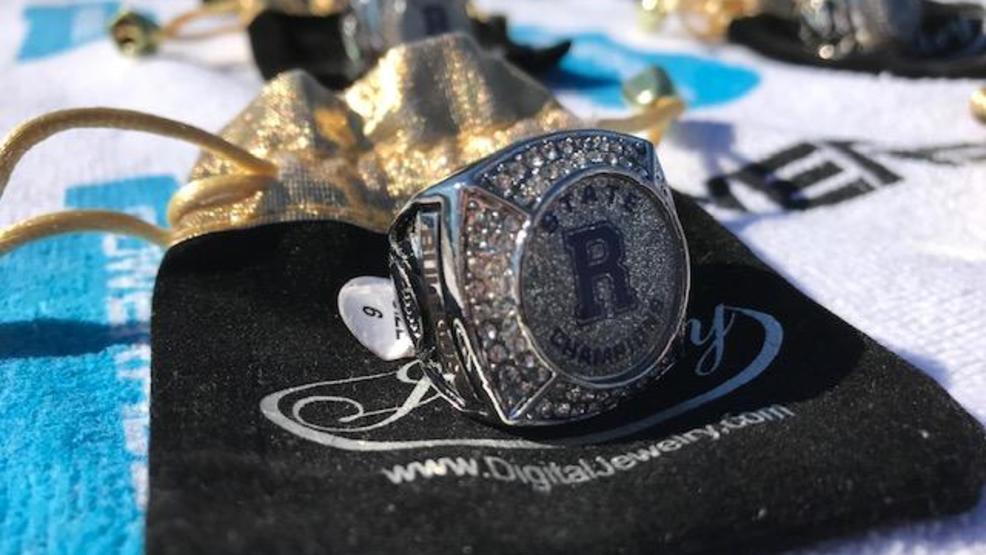 60 years after winning the state baseball championship, the Rossville Bulldogs get their championship rings.

Friday evening at Ridgeland High, the team was honored and taken back down memory lane.

One by one, the members of that championship squad were introduced to the crowd at Smith Field at Ridgeland High School.

The 1959 Rossville Bulldogs were a tight knit team.

E.L. Eblen, who played center field on that team, drove up from Fort Walton, Florida for this ceremony. "I love to see the guys. As I said before, Rossville was a mill town back then. We grew up together. Some of us went to nursery together," Eblen recalled with a smile.

They didn't hit for power, but bunted a lot and ran the bases well.

They also had great pitching.

Kenneth Cordell was a sophomore on that team and pitched two seven inning games to win the championship.

They beat College Park in the championship game.

None other than Bill Curry pitched for College Park.

The Bulldogs coach Toppy Vann stays in touch with Curry. Vann said, "He always says how in the world did you beat us? And I said, 'Well, good coaching and good pitching.'"

The ace on the mound for the '59 Bulldogs cherishes the Friday evening moment. Cordell said, "It'll be an honor, it'll be a real honor to wear it."

According to the players, they got trophies, but no rings.

But second baseman Wink Baker and third baseman Larry Crawford, both successful businessmen, bought rings for each member of the team.

Coach Vann said everyone appreciates what this means. "There were 14 of us that got off the bus. We didn't have one fan there, one girlfriend, one mother, one daddy. We got off the bus when we won the championship in Rossville and there was no one there to greet us," Vann recalled.

But Friday evening, the 1959 Bulldogs basked in a year they'll never forget. Eblen put it all in context. "It means a lot to have these guys, just friendship and all that. For the rings, it's nice to be recognized."

A team of true champions.

And Cordell offered this advice to today's young men, "Work harder, work for what you want and you'll get it."