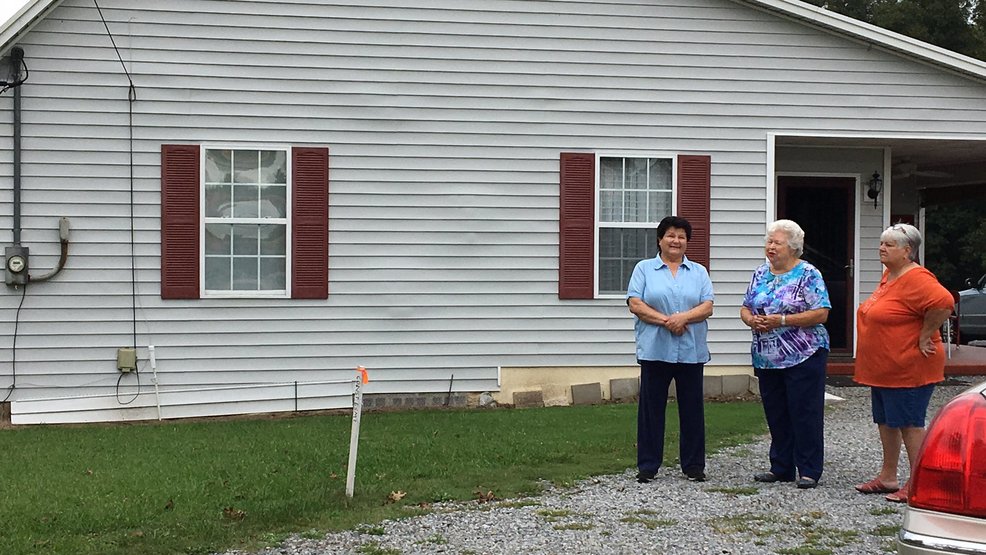 Tenant Carolyn Webb and land owner, Johnny Maupin stand outside the Georgetown Rd NW property, one of 118 TDOT has set their sights on for a new proposed widening project in Bradley County. (IMAGE: WTVC)

A Cleveland woman is prepared to say goodbye to a part of her property that's been passed down for generations.

The property her childhood home once sat on now caught up a $14 million dollar state widening project.

The project, which is now in phase 1, starts on Georgetown Road NW in Cleveland and will run more than two and a half miles down, ending at SR-306.

One parcel of land now in jeopardy, owned by Johnny Maupin.

"My granddaddy owned it and then my mother took care of him," said Maupin.

Now it's hers and her property, now marked with stakes.

"Well, it makes you sad knowing that, you know, you own property but they can take it whether you want them to or not. You just have to go along with them," said Maupin.

Maupin's property is one piece of land out of 118 the Tennessee Department of Transportation set their sights on for the project that would take part of the road from 2 lanes to in some places, five.

Maupin found out about TDOT'S intentions a few weeks ago after getting a certified letter in the mail.

"It makes you sad. It really does. You think back over the years, you know," said Maupin.

TDOT says when it's all said and done, roughly 14 households could have to find a new place to live.

And for Carolyn Webb, a woman who's lived on Maupin's land for nearly 28 years, it's the unknown of what's next that Webb isn't ready to face.

NewsChannel 9's Alyssa Spirato was at the meeting.