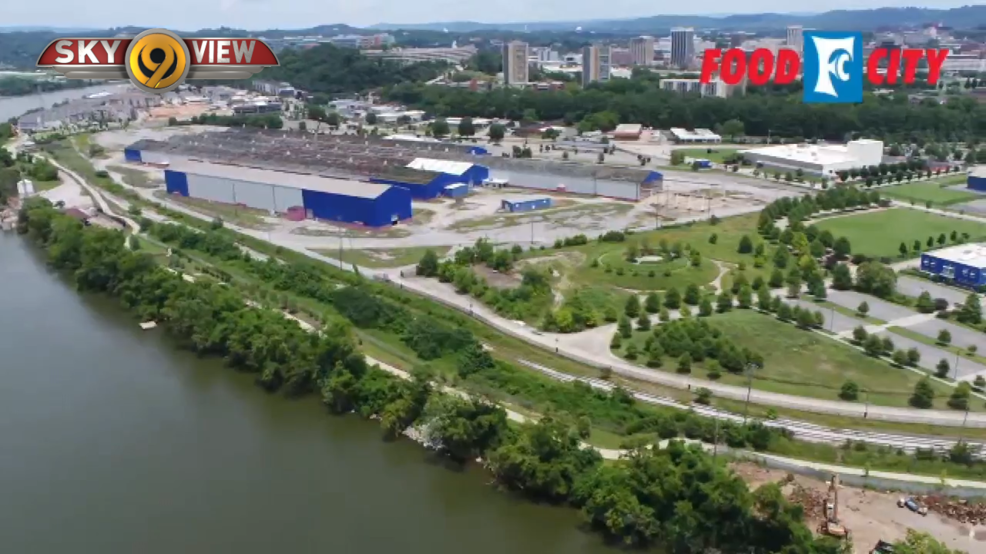 Commercial, residential, office, civic, entertainment and event space will be constructed over the next decade with the first phase beginning as early as 2020. (Image: NewsChannel 9 SkyView)

The shift from manufacturing to mixed-use zoning will allow the development group to significantly revitalize the property between the Tennessee River and Riverfront Parkway.

“We appreciate the Regional Planning Commission’s support of our vision to transform the riverfront into a culturally and economically diverse development,” said Jimmy White, co-owner of Urban Story Ventures. “We are now one step closer to turning an expansive, forgotten space into a thriving community that will attract visitors and residents for years to come.”

The redevelopment of the property is projected to add $2 billion to $3 billion in investments, over 5,000 jobs and more than $11 million in annual tax revenue to the city and county. Commercial, residential, office, civic, entertainment and event space will be constructed over the next decade with the first phase beginning as early as 2020.

“This riverfront property has more untapped potential than any future development in the region and perhaps the entire country,” said Hiren Desai, co-owner of Urban Story Ventures alongside White. “We have only just begun to unveil the positive impact this development will have on Chattanooga as it becomes its own community and a major destination for visitors to our city.”

Previously announced, the first phase of the development outlines multiple opportunities slated for implementation during the first four years, including an estimated 50,000 square feet of new office space, a 10,000 square-foot food hall and entertainment venue, and a canal that brings the Tennessee River inland.

Additionally, Urban Story Ventures says it has started preleasing space for a planned office building on West Main Street. Micronics Engineered Filtration Group, a New Hampshire-based filter press designer and manufacturer, and Team Title Services, a company that simplifies the process of buying and selling real estate, are the first companies to locate to the property, bringing approximately 220 jobs.

Additional information about construction and future tenants will be announced in the near future.