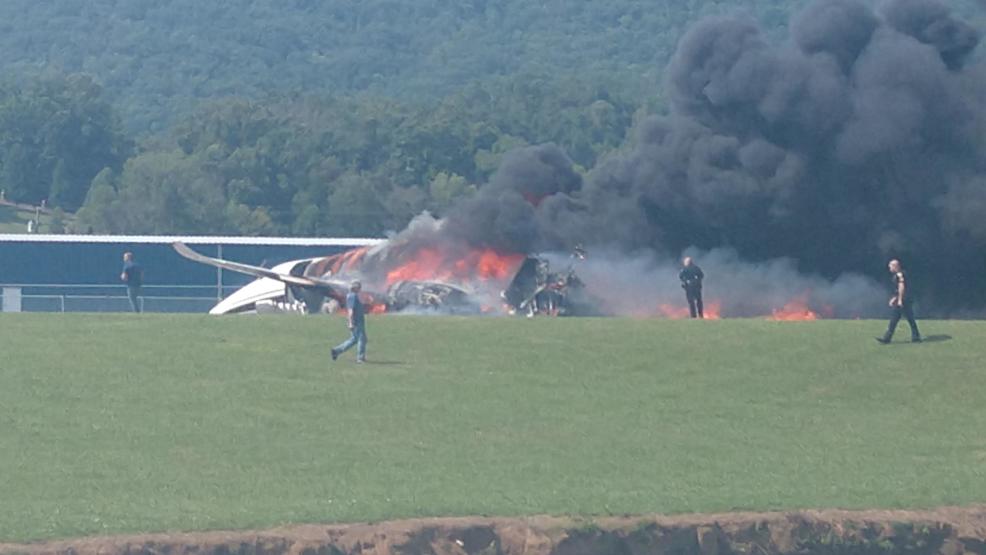 During a press conference, officials said the NTSB and FAA are expected to arrive and officially begin their investigation into the crash Friday morning.

Most of the aircraft was destroyed, and part of the fence of the airport was wrapped around the middle of the fuselage of the plane.

Highway 91 where the crash took place is expected to remain closed for at least the next 24 hours.

Dale's sister Kelley said everyone onboard including the two pilots are safe and have been taken to the hospital for further evaluation. Earnhardt was reportedly transported to the hospital for minor injuries. A family dog was on the private jet as well.

Elizabethton Airport Manager Dan Cogan said the plane ran off the end of the runway and caught fire.

According to the FAA, the Cessna Citation, belonging to JRM Air, LLC based in Mooresville, North Carolina, rolled off the end of a runway about 3:40 p.m.

Elizabethon Police released a statement on Facebook with further details about the incident and said Highway 91 will be closed for a "significant period of time."

When I got close to the airplane, the first person that I came in contact was Mr. Earnhardt," Lunsford said. "He was laying on his back, but, as far as his injuries, I'll let his family handle that. But he was alert, fine and didn't appear to have any cuts or abrasions. He was totally conscious and alert."

WCYB obtained footage of paramedics attending to Earnhardt Jr. at the scene.

Earnhardt retired from racing full-time in 2017. According to The Associated Press, he currently works as an NBC analyst and is part of a scheduled broadcast team for Saturday night's Cup Series event in Bristol, Tennessee.