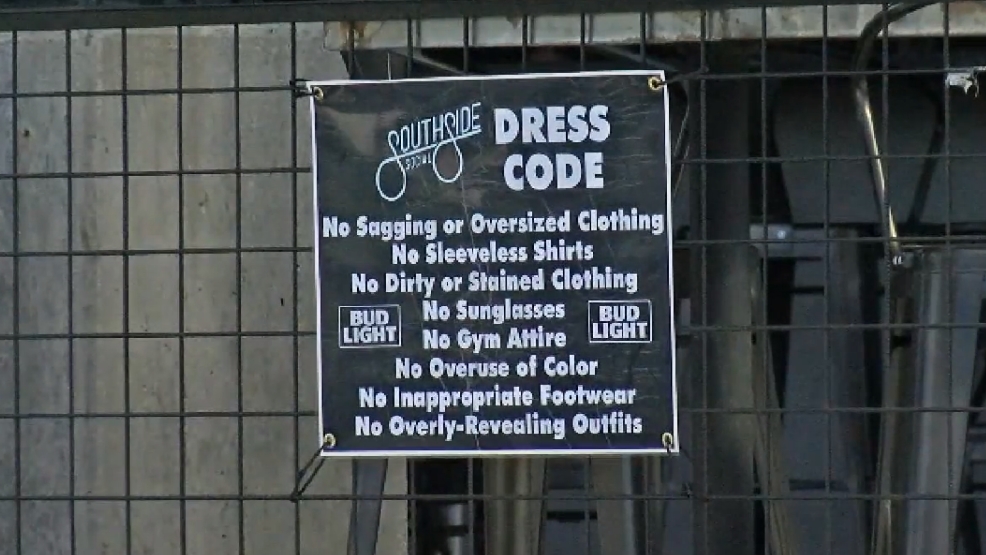 "It came as a bit of a shock to me yesterday that Southside Social, a bar and bowling establishment in my district owned by local developer John Wise, decided to implement a rigid and lengthy dress code that barred individuals wearing such items as plain white tee shirts, hooded sweatshirts, construction/combat boots, and a variety of other clothing items.

Mr. Wise noted in the press that the move was intended to bolster safety at his establishment and to keep out so-called thugs, but one can hardly imagine a way that prohibiting baseball caps (backwards or otherwise), hoodies, or boots invites a safer environment. Rather, policies like these alienate certain residents in our community. Thats shameful.

I believe this community will not tolerate thinly-veiled attempts to exclude minorities from local businesses. As the City Councilman representing this district, I feel it is my responsibility to lead by example.

Put simply--while Mr. Wise has every right to enforce this ridiculous dress code at his establishment, we too also have the right to not patronize restaurants and bars that violate our conscience. And that is exactly what I personally intend to do.

Until this dress code is lifted and all Chattanoogans are welcome, I will not be patronizing Southside Social and invite fellow residents to join me in that decision. We have a moral obligation to make our voices heard with our wallets as well as our speech."

Is a business racist for trying to take extra steps for security? That's the question up for debate in Chattanooga.

Southside Social, a bar and restaurant that describes itself as family-friendly, announced the extensive new policy on its Facebook page, with hundreds of people voicing their frustrations..

Signs with the dress code now hang outside Southside Social.

No sagging or over-sized clothing, no gym attire and no sunglasses are just a few of the things on the list, and it's caught the attention of many Chattanoogans.

"It kind of takes out the hang out feeling of it and now it's you have to be more high class to go there," said Jackson Black.

Many people on the restaurant's public Facebook page are also upset.

The post announcing the new rules has been shared more than 500 times. On Facebook, the dress code goes into more details.

It says no hooded sweatshirts, no plain white t-shirts and no gang colors.

"Loose baggy clothes? No gang clothes? What does that mean," questioned Black?

"I can understand they don't want us to wear black, red and blue and stuff because it does cause trouble," said Chattanoogan Joshon Tyler.

Tyler respects the point the restaurant is making.

"Me being a black man, I'm not necessarily saying we are targeted but we are the cause of most of the problems," he added.

One Facebook commenter says “I don’t get the outrage. Every place of business has the right to establish rules.”

Southside Social responded to several opponents on Facebook saying they've implemented the dress code for the safety and comfort of everyone, and to make sure all guests feel welcome.

We reached out to the owner of the restaurant, but never heard back.

This isn't the only bar or restaurant downtown with a dress code. The Big Chill and Grill says they've had one in place for more than seven years. Their list isn't as long as the one at Southside though. The Big Chill asks their guests not to wear clothes that are baggy or saggy.

We also checked the dress code at other places that offer bowling like Southside Social.

Spare Time bowling and Pin Strikes tell us they do not have specific dress codes.