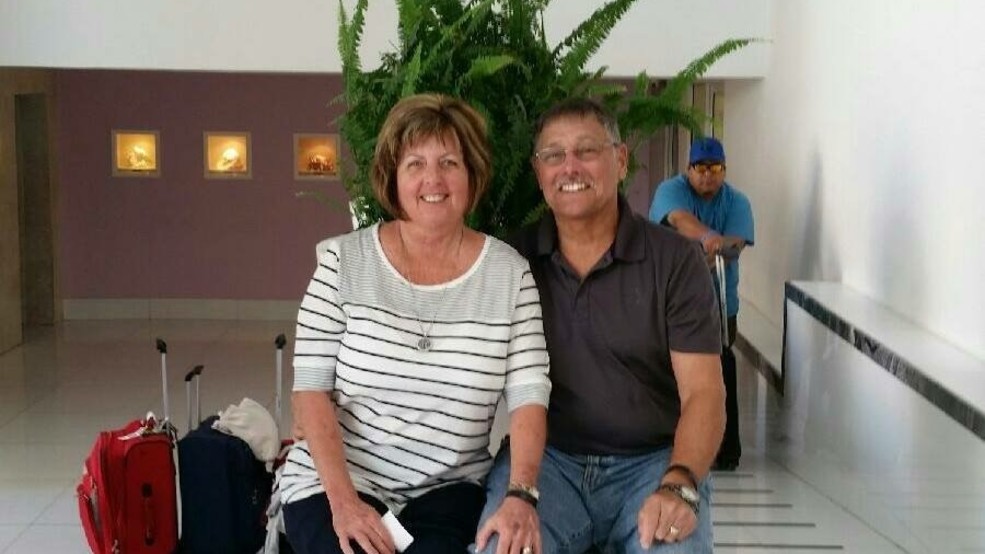 Mark and Diana Parkinson had been married for 43 years.

The widow of a man killed by a Walker County deputy spoke exclusively to NewsChannel 9 about the moments before she lost the love of her life.

Diana Parkinson says the deputy shot and killed her husband Mark through a kitchen window in their Rossville home.

Parkinson says her entire family had been asleep when officers first showed up.

According to the Georgia Bureau of Investigation, those officers announced they were there several times.

"All we heard was the dogs barking and Mark jumped up and said, 'There's something going on outside,'" Parkinson recounted.

Armed, Mark ran to the kitchen to find out what was going on.

"By the time I got into the kitchen probably thirty seconds later, he was already on the floor and had been shot," Parkinson remembers.

Parkinson believes if her husband of 43 years had known it was law enforcement outside his house, nothing would have happened.

"He is not the type of man that would aim a weapon at someone unless he thought that someone was going to hurt his family," said Parkinson.

She also told NewsChannel 9 Mark was a family man, a Navy reservist, and a hospice nurse, who considered it an honor to help people in their final days.

He retired from nursing so the two of them could travel together.

Parkinson says the family had no idea why police were there.

The GBI originally said someone called 911 that night, claiming a woman inside was threatening herself and her child.

Agents later told NewsChannel 9 they found nothing to back up those claims.

Radio traffic from that night and an attorney for the Parkinsons' adult daughter, who was living with them at the time, reveal that the daughter's estranged mother-in-law called 911.

Funeral arrangements have not been announced.

Mark Parkinson, a father of two and grandfather, was 65 years old.

Visitation for Parkinson will happen Monday and Tuesday at Wilson Funeral home, from 4 p.m. to 8 p.m.

His funeral will take place Wednesday at the same place, with a gravesite ceremony scheduled for 1 p.m. at the Chattanooga National Cemetery.