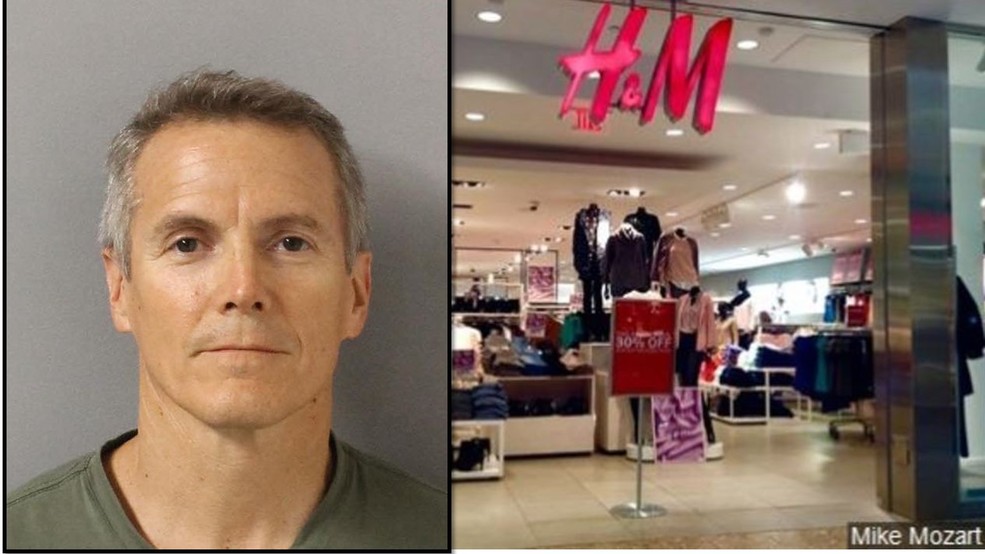 FOX 17 News has learned the man Metro Police say took photos of a woman in an Opry Mills dressing room is a prominent leader with the Church of Jesus Christ of Latter-Day Saints.

Stephen Murdock posted bail after his arrest last Tuesday after police say he took photos of a woman at H&M.

Murdock’s wife also tried to get the victim not to call police, according to an affidavit.

Murdock is a high councilor with the LDS Church, FOX 17 News has confirmed.

"It's just disappointing to see that um, especially someone in that position isn't meeting that same position themselves," a parishioner said.

Murdock is from Holiday, Utah, a suburb of Salt Lake City, and was visiting Nashville when the incident occurred.

The victim, Alondra Alcala, said she never thought a night of shopping at Opry Mills Mall would lead to a total violation of her privacy.

Around 6 p.m. Tuesday, Alcala says she took five or six items into the H&M dressing room to try on. That’s where a man who Alcala says looked like an employee directed her to a specific room.

“From there, I undressed from the waist down, and I looked up and in the corner of the dressing room at the top, there was a camera phone, an iPhone, pointing down at me, so I obviously knew I was being recorded, I freaked out, I froze,” Alcala said.

She said she quickly sprung into action, moving to the next changing room over, where she says she found the same man who had directed her earlier.

“Unfortunately, I felt disgusted with myself. I felt like what did I do wrong, what if I wouldn’t have done this, or wouldn’t have worn this,” Alcala said. “I did feel violated, I felt gross, why is this happening to me?”

Alcala said she also told someone sitting in the waiting area to call 911.

“I was kind of cornering him, kind of grabbing his arms, and I did watch him delete photos of me on his phone. Thankfully I was able to slap it out of his hand and take it and run out."

According to an affidavit, Murdock’s wife asked Alcala to not call police.

“It can happen to anyone. Anyone can be a victim of this, men, women, children, anybody. I would just say be alert, be aware of your surroundings, and don’t be afraid to speak up, because this sort of stuff is real,” Alcala said.

FOX 17 News reached out to H&M’s headquarters for comment. They responded with the following statement:

“The safety and wellbeing of our customers is our first priority. We are cooperating with the local authorities as this remains an ongoing investigation.”

Arizona, California cases push US tally of new virus to 5