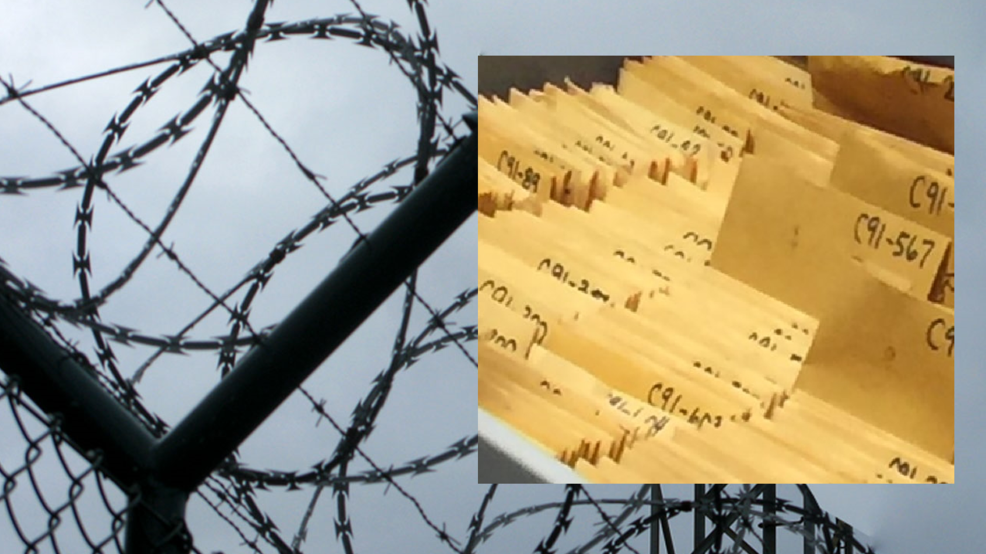 A man who pleaded guilty in a woman's murder more than 20 years ago is now suing several Hamilton County officials, saying they refused to process evidence that could support his innocence.

In the lawsuit, Tracy Vick says "unprocessed evidence" involving him and many others was discovered in the Medical Examiner's office in November 2015. The District Attorney's office told us that December that the evidence was from a substantial number of homicides, suicides, and accidental deaths spanning the years 1986 to 2002. According to the lawsuit, 284 homicide cases -- including Vick's case -- had unprocessed evidence.

The lawsuit says according to the Tennessee Court of Criminal Appeals, on September 20, 1996, Tracy Vick and two accomplices went to the home of Melva Moore to rob her boyfriend. Vick had a loaded .357 revolver with the hammer cocked when he pushed open the back door to find Moore heading outside. According to the lawsuit, he shot her in the chest, killing her. He claimed he didn't mean to shoot her, and that she had slammed the door on his arm and the gun went off. He ran away, but was arrested six days later and charged with first degree murder. In December 1997, he pleaded guilty to second degree murder, and was sentenced to 40 years in prison as a multiple offender.

Vick says in July 2016, months after the "unprocessed evidence" was found, District Attorney General Neal Pinkston's office sent him a letter, revealing his case had unanalyzed autopsy evidence - specifically, a bullet fragment, head hair, and pubic hair. The letter said they would be "reviewing each of the 284 homicide cases individually to ensure conviction integrity."

You can see the letter below:

However, Vick says DNA testing was never done on that evidence. The lawsuit says such testing "will, at least, provide Petitioner with a reasonable probability of having his conviction overturned based upon the supposition that Petitioner's DNA will be unequivocally excluded from the 'unprocessed evidence.'"

Vick says on May 12, 2017, he filed a petition for DNA testing analysis in criminal court based on the July 2016 letter. In the petition, he said his initial defense at trial had been that he hadn't been the one to shoot Moore; that his conviction rested solely on his statements from the two accomplices, who had both been given favorable pleas to testify against him; and that no physical evidence had been submitted during his trial. Vick also alleged that had the unprocessed evidence been tested for DNA, he would be conclusively found to be not involved in the crime.

Vick says to this day, no action was ever taken to analyze the evidence.

Vick says he and others have been denied their right to due process under the Fifth Amendment to the Constitution, and "irreparably harmed" in the process.

"The acts and omissions of the Defendants amounts to the Defendants holding all the cards in the deck and requiring Petitioner, and others similarly situated, to make a presentation without giving the Petitioner a fair chance," the lawsuit states.

Vick calls for a permanent injunction to prohibit them from refusing to test the "unprocessed evidence" for DNA evidence. The lawsuit also calls for the matter to be brought to trial before a jury, and that Vick be issued any and all relief to which he may be entitled.

You can read the lawsuit below:

This is a developing story - depend on us to update you as we learn more.