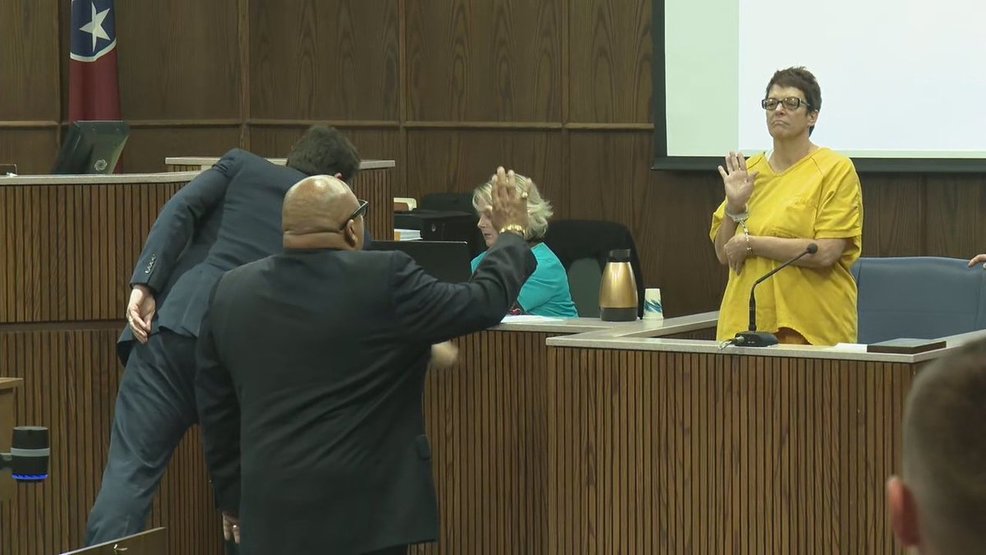 Janet Hinds takes the stand to explain why she missed a random drug test, which ended up with her having her bond revoked. Image: WTVC

Janet Hinds, the woman accused in the February hit and run death of Chattanooga Police Officer Nicholas Galinger, appeared in court on Monday, three days after she was arrested for violating her bond.

Court records say Hinds failed to show up for a randomly-scheduled drug test, and then tested positive for alcohol a day later.

Watch our livestream of the hearing below.

Hinds' attorney Ben McGowan argued that she did not receive a call for that drug screening, which is why she missed the original date. He also argued that the revocation of her bond is invalid, because the screening was not conducted by a probation officer, but rather by an outside attorney.

Hinds' probation officer Shannon McDonald testified. McDonald said she called Hinds to inform her that she missed her original drug screening on June 21st. She said Hinds said she was absent because “it slipped her mind.”

McDonald says she attempted to contact Hinds after the drug screening on June 28. McDonald says Hinds is not working and is usually able to be reached.

Then, Hinds took the stand and testified.

On the stand, Hinds denied drinking. Her attorney had her describe the food she ate in the days before the test. She said she ate a minimal amount of food including pickles, cheese sticks, and Hibachi chicken including soy sauce in the 80 hours before the drug screen.

Defense attorney Ben McGowen questioned the probation officer in charge of Hinds' random drug tests about whether food could cause a positive result.

Officer Galinger's father is not convinced.

Hinds' attorney argued the restrictions on her are unfair, and pointed out the alcohol monitor she wears didn't detect any alcohol. Today, we asked attorney Bill Speek if there is any way to test if it was alcohol or a metabolite in Hinds' system. He says that could be a challenge.

"It used to be that you had to catch alcohol in someone's system, like a breathalyzer, to determine if they consumed alcohol," says Speek. "Looking for a metabolite that the liver gives off is a new branch of science in regard to testing for alcohol, and it is one that is imperfect at this point."

Hinds said on the stand that the day she went to probation office, it was “so hectic and forgot to call” leading up to drug screening.

Hinds says she did not know about the alleged failed drug test until officers arrived at her door to arrest her on Friday morning. She says she did not see or know she was contacted by her probation officer.

Hamilton County Criminal Court Judge Don Poole told Hinds he was concerned that she did not think to call about the drug screening.

Judge Poole said Hinds did violate bond by not calling in, regardless of the alcohol screening test results.

He then decided to keep the revocation of her bond until her next court date on July 11th.

Your dog or your home? Disabled veteran forced to make tough choice