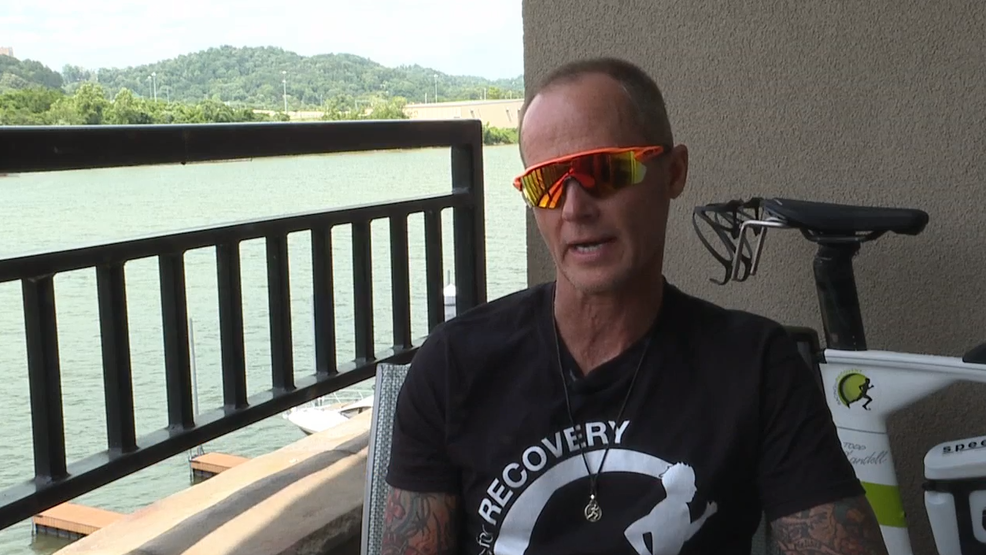 Ironman 70.3 wrapped up in downtown Chattanooga on Sunday. More than 3,000 athletes crossed the finish line after enduring a grueling 1.2 miles of swimming, a 56-mile bike ride and a 13.1 mile run.

The race brought people from all walks of life including one man who said competing in the Ironman races changed his life.

Todd Crandell never believed he'd live to do what he's done for the last 20 years. He first competed in 1999 after watching Ironman on television during a drug filled black out.

“I actually remember sitting with a pile of cocaine in front of me, drunk and watching the Ironman Hawaii on television in an absolute blackout and thinking I wanna do that someday,” said Crandell.

His mother, uncle and aunt all died from drug addiction. Crandell said it wasn't until his third DUI charge in 1993 that he decided to get his life together by getting sober which is something he said no one expected from him.

“I was living in my car in Florida, a homeless cocaine addict and an alcoholic... I never thought I was going to be alive let alone to be sober, to be educated, to have faith in god, married, kids and then doing these events and then having our program impact a family like that... it's unbelievable,” said Crandell.

Through his recovery, Crandell realized he needed to give back in any way that he could. He started Racing for Recovery which is a program to help drug addicts start a stable life and focus on something other than the next fix.

“But the commitment, the perseverance, the dedication that it takes to train for competing in one of these extraordinary events is 100% applicable to the work it takes to remain sober,” said Crandell.

Crandell said even after 46 races crossing the finish line gives him a feeling he has never had before.

“It beats any drug or alcohol drink that I had ever done and I just want people to understand, they do not have to use drugs and alcohol anymore. You can stop today. You don't have to do an Ironman but you can do anything you want,” said Crandell.

Todd Crandell finished on Sunday in under five hours 29 minutes. He has raced on six of the seven continents and doesn't plan on stopping. He has another race in the next few weeks and plans to spread his recovery message in the hopes of saving the lives of other addicts.

The winner for the women's race was Heather Jackson with a time of four hours and 12 minutes.

The men’s winner was Sam Long with a time of three hours and 48 minutes.