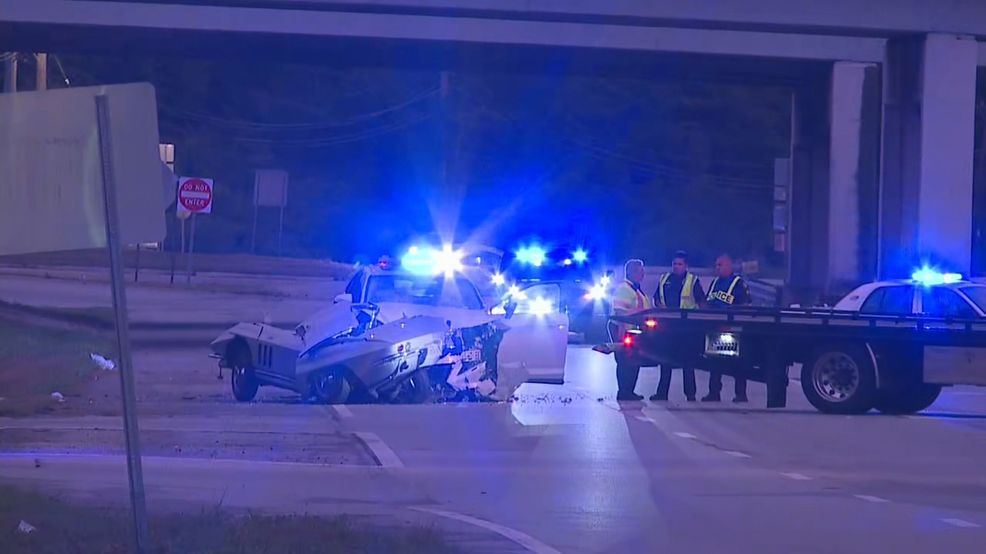 Upon arriving on the scene of a crash involving serious injuries, Investigator Buckner positioned his vehicle (with emergency lights activated) in such a manner as to block travel lanes. This was in addition to and in front of (closer to crashed vehicles) two other police vehicles that were already positioned to block traffic

Both of those vehicles also had emergency lights activated. As soon as Inv. Buckner, who is also a certified EMT, arrived on scene he assessed the medical needs of the people involved in the crash then returned to his vehicle to notify his supervisor.

While on the phone with his supervisor just outside his vehicle is when he was struck by a vehicle.

The driver of that vehicle drove past three CPD units with emergency lights activated prior to striking Inv. Buckner. Inv. Buckner was within a designated, active crime scene, his priority was assisting others in dire need of medical treatment.

He put the needs of others first and as such did not have an opportunity to put on his reflective vest.

The three vehicles with activated emergency equipment were positioned to protect those involved in the crash as well as officers and other first responders working in that designated crime scene.

NewsChannel 9 received the following information from Chattanooga Police regarding an officer that was struck on Highway 153, after responding to a car accident:

Available Details: On 8/25/2019, at around 2:14 a.m., the CPD Traffic / DUI Unit responded to the 7000 block of Highway 153 in regards to a serious traffic crash. The following information was obtained through interview, investigation, and observation.

Vehicle 2 (Lexus SUV) was traveling south on Highway 153 in the right travel lane.

Based on witness statements and roadway evidence, Vehicle 1 lost control and slid sideways into oncoming traffic where it struck vehicle 2.

Hamilton County EMS responded and transported driver of Vehicle 1 to a local hospital with serious injuries.

Police on the scene were working the crash when Vehicle 3 (Chevrolet Pickup), traveling south on Highway 153 approached the crash.

Driver of Vehicle 3 drove through the active crash scene and struck a Chattanooga Police Officer.

Driver of vehicle 3 stopped and remained on scene, fully cooperating with traffic investigators.

Hamilton County EMS responded and transported the Officer to a local hospital.

The investigation into both crashes is on going and will continue in a logical manner.

Chattanooga Police ask anyone with information regarding this incident to call 423-698-2525 or submit a tip via the CPD Mobile App. You can remain anonymous.

The investigation is ongoing and more information will be released when available."

All lanes are cleared on Highway 153 after almost four hours.

Witnesses say that the officer was not wearing a reflective vest when he was hit.

A Chattanooga Police Officer was hit by a white pick up truck on 153 while Investigating a head-on crash.

The unknown officer was taken to the hospital condition is unknown.

An accident at Highway 153 and US. 27 has caused both Northbound and Southbound lanes to close.

Right now all but one southbound lane is open.

Depend on us as we learn more.