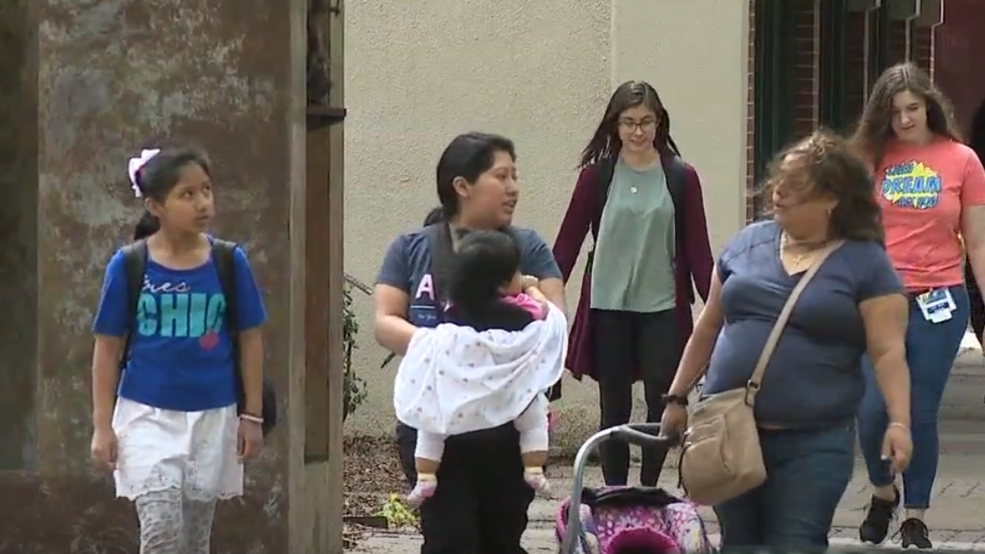 A new fund could help immigrants make bail, so they can work on their case outside of detention.

The Chattanoogans in Action for Love Equality and Benevolence organization has partnered with Tennessee United to start the Immigration Bond Fund.

Organizers said this is the first bond of its kind in Tennessee and its goal, is to reunite families and give them a fighting chance.

It might not be all over the news and it might not be something you see in your neighborhood, but the CALEB organization said there's a problem in Hamilton County.

“We're not having big ICE raids here in Hamilton County in Chattanooga, but weekly, numerous people are being separated from their families,” said Sarah Berestecky said they are separated and held on bond, that at times, many cannot afford.

CALEB started a similar fund almost a year ago, helping anyone that couldn't afford bail.

“We are here because we believe that bail punishes and imprisons people, simply because they are poor,” said Reverend and CALEB President, Charlotte Williams.

Once people were released on bail, they could go home to their families and figure out their trials.

The group began taking calls from immigrant families looking for that same help.

“But they just weren’t released and so it wasn't really the process that's set up, the policy that's set up. It was basically breaking the policies,” said Berestecky.

Berestecky said things didn't work the same for immigrant families and CALEB realized they needed to bring light to the injustice and start a fund specifically for them.

Nitza Valesco with Tennessee United, said those immigrants call Chattanooga home as much as you or I might.

She said the families contribute their hard work and she would like to see Chattanooga be a community that reunites.

“Where families of any color would not be torn apart because they cannot post bail,” Valesco said she wants Chattanooga to be a community that helps others continue to call it home.

CALEB organizers said once they reach a goal of $20,000, they'll open the fund and take applicants to see who they can help make bail.

For more information on the fund or how you can get involved, you can check out the CALEB website.