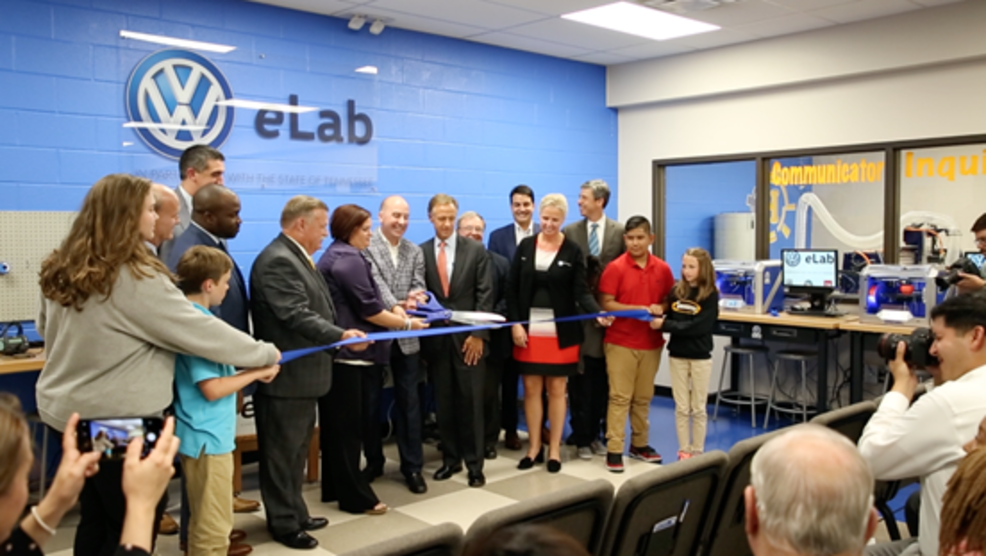 Tennessee's governor made a stop in Chattanooga on Wednesday to mark the opening of Hixson Middle's e-Lab.

The middle school is one of eight chosen earlier this year to receive digital fabrication equipment.

Volkswagen America says the e-Lab programs are part of a one-million-dollar donation by VW Chattanooga and the state. It helps students get hands-on learning in a different environment.

"This is a great example of businesses and schools coming together," Governor Haslam said. "It's hard for us to say this is what the future will look. what they're doing at Hamilton County schools is teach kids to be innovators."

Each school is responsible for raising $5,000 each year in cash or contributed materials to refresh the lab and replace materials.

Hamilton County Schools says the addition of the eight new eLabs was the second round of VW eLabs awarded to schools in Hamilton County as a result of a $1 million donation by Volkswagen Chattanooga and the state of Tennessee to pay for the program.

More rainy days and then eventually some colder days ahead