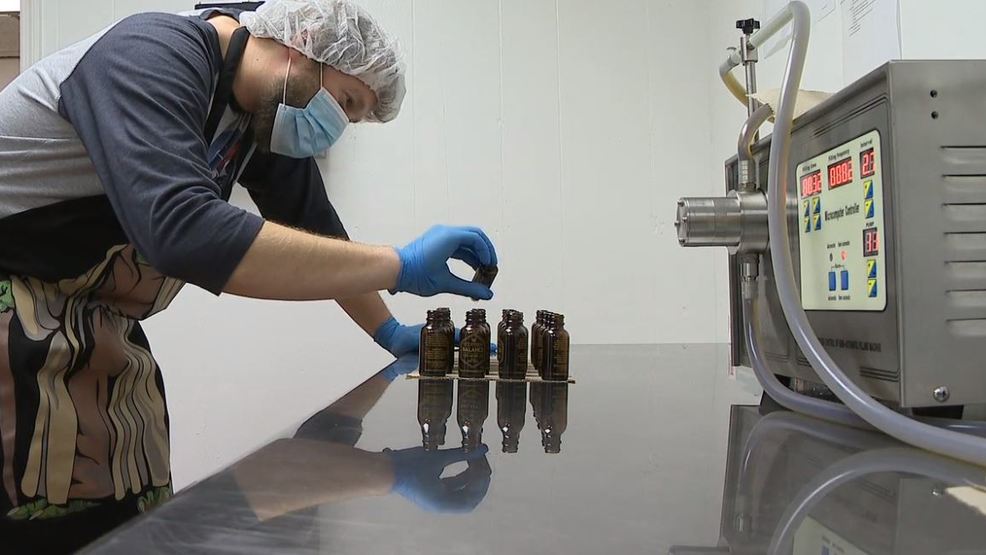 Hemp is getting a lot of attention around the country and here at home.

It is legal to produce and sell in Tennessee - under certain restrictions - but it is illegal under federal law because it's classified in the same group as marijuana.

Hemp and marijuana are both from the cannabis plant, but their properties are different.

Hemp contains less than .03 percent of THC, so unlike marijuana it doesn't get you high.

CBD is marketed as being anti-inflammatory, with some pretty big claims, including helping people with chronic pain. anxiety and even cancer.

Laura Patty says CBD helps with her chronic pain from sports injuries and a car crash.

When she first wakes up she rubs CBD salve on her joints, and puts a few drops on her tongue.

"I put it on and I can almost instantly just feel how much looser I feel," Patty said.

Laura was taking 12 to 15 pills a day to deal with the pain.

"I wasn't even able to lift my left leg to put it into the bathtub," Patty said. "It wasn't like I was living my life, I felt like I had so much anxiety about everything because I couldn't get everything done because I hurt so bad."

Since she started using CBD two years ago, she's off the pills. She says she now has her motivation back.

Brian Merryfield and his wife Kat own Kat's Naturals, based in Dunlap.

They manufacture hemp products that are sold online and in stores like Hemp House in Chattanooga.

"We do that in ways we find as the most beneficial for the product to get into your body," Merryfield said.

The hemp they use is grown in Tennessee, extracted in Nashville, and tested several times for quality and consistency.

After that it's brought to Chattanooga to be bottled, then sent to Dunlap where a final test is done before the products ship out.

We checked with the Drug Enforcement Administration about CBD. They say if you sell what federal law considers to be a controlled substance, you could be prosecuted.

Merryfield says he doesn't think the federal government has fully gotten behind hemp and CBD because "the government put a lot of time and effort into criminalizing marijuana, and anything that is associated with cannabis falls into the same category."

The newly introduced bipartisan Hemp Farming Act of 2018 would remove hemp from the federal list of controlled substances.

Senator Bob Corker wants local farmers to have a voice in the process.

"It was just introduced, I'd like to have some input from our Tennessee farmers and others who might be involved," Corker said. "I know we've had a lot of interest in it here in our state, and numbers of people from our ag community I know are interested in it, so thus far I see nothing wrong with it."

The Food and Drug Administration is using hemp for research to see if they can find a medical purpose for it.

We reached out to local doctors to get their take, but the ones we asked didn't think they were educated enough about CBD yet to talk about it.

Hemp House is hosting an event to help people learn more about the industry during Hemp History Week.

It's June 9 at the Edney Innovation Center.

Tennessee man charged with robbing woman in her 70s, beating her with golf club

Tennessee man charged with robbing woman in her 70s, beating her with golf club