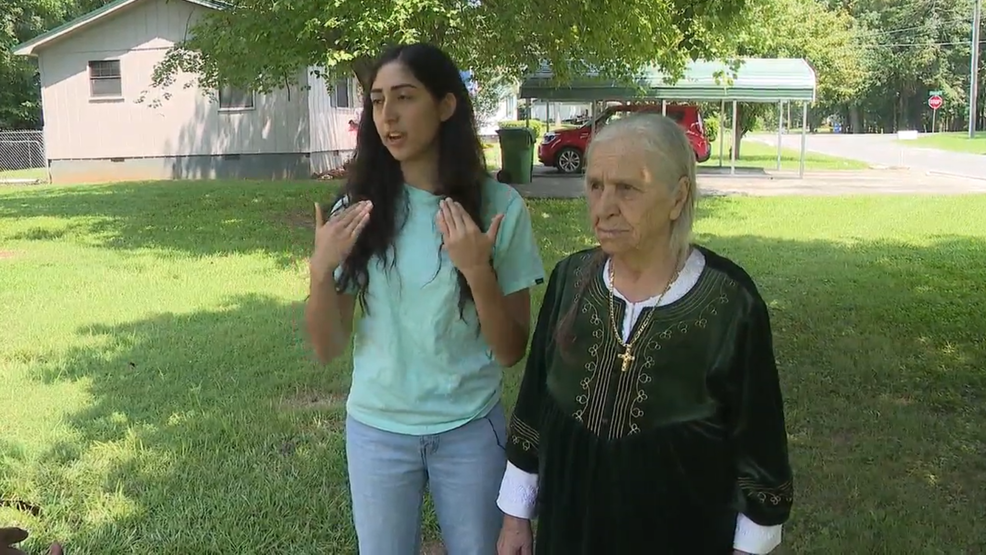 An 87-year-old woman is recovering after an incident on Friday that ended with police using a stun gun on her.

Everyone, including the Chatsworth Police Department, says this resulted from a major communication barrier.

Martha and her family are from Syria and her grandmother Martha Al-Bishara native language is Arabic. Al-Bishara does not speak English.

Police say that communication barrier created a tense situation when they were responded to a 911 call about a woman with a knife on the property of the Boys and Girls Club.

Chatsworth Police Chief Josh Etheridge says the nature of the call "a knife at the Boys and Girls Club" was enough to force an immediate response.

Martha says her grandmother was cutting dandelions with a kitchen knife across the street from her home. She was unaware the property belonged to the Boys and Girls Club. The area where police found the 87 year old had no signs indicating the property was owned by the Club.

Police say they approached the elderly woman with guns drawn, commanding her to drop her knife.

They say Martha Al-Bishara did not listen to their orders even after they demonstrated with their own knives what they needed her to do.

Police say they then used a stun gun on the woman.

Martha Douhne says she doesn't believe her grandmother presented a threat, requiring officers use their tasers, place her in handcuffs and criminally charge her.

She says officers did not call EMTs, which she calls concerning, considering her grandmother's age. Al-Bishara spent the weekend in the hospital being treated for injuries and back pain from the fall.

Martha Al-Bishara is charged with obstruction of an officer and criminal trespassing.