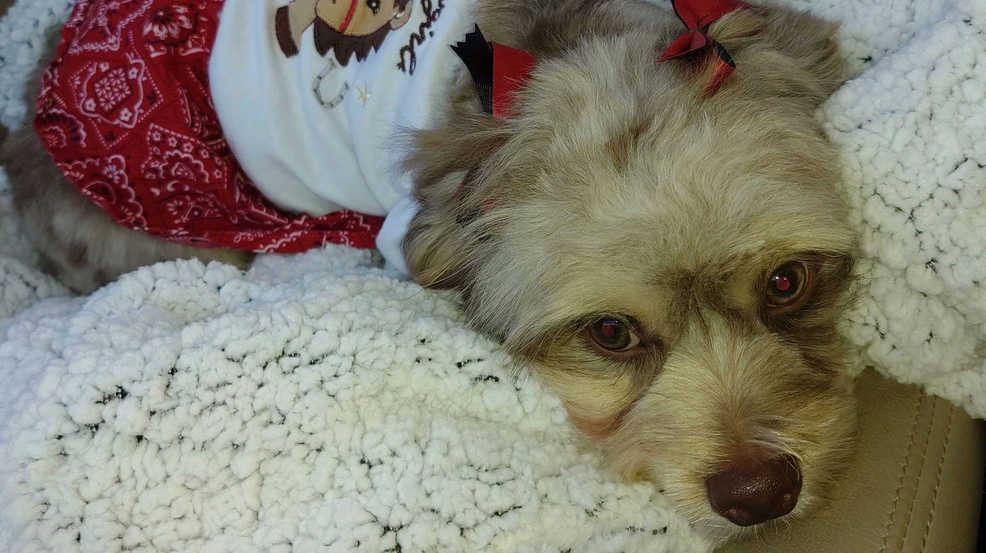 CLEVELAND, Tenn. (WTVC) -- A dog owner from Old Fort, Tennessee took her pup to get groomed at a Petco. After that grooming appointment, the dog's ear had to be amputated.

We want to warn you that some of the images in this story might be sensitive for some viewers.

Angela Weeks took her 5-month-old puppy named Baylee to the Cleveland Petco for a haircut. When she left, she said Baylee had two bows in her hair and everything seemed fine.

However, it's those bows that caused Baylee to lose her ear.

The bows stayed securely in place until Angela said she took them out 3 days after their visit and realized one bow was tied to her puppy's hair, but the other one was tied to Baylee’s ear.

“She actually put the rubber band around the ear, cutting off circulation,” said Weeks.

Weeks said she soon realized Baylee's ear was swollen and that's when she contacted the manager at Petco.

“He assured me that they had let go the groomer who did it and he offered, he said they would refund my money and they would pay for all medical bills,” said Weeks.

According to vet bills, Petco did refund Angela's money and they paid for Baylee to be taken to the vet. but Angela said she didn't think that was enough, so she went to corporate.

“He kept wanting me to give him a number as to what I felt like this was worth and I said you know, I can’t tell you that,” said Weeks.

Petco paid roughly $640 in vet bills and refunded Baylee's grooming bill of $147. They offered Weeks $500 more on top of that. She said that's not enough to make up for her dog losing its ear.

NewsChannel 9 reached out to Petco, and they released the following statement:

"We regret and take full responsibility for what happened to Baylee after visiting our grooming salon. At Petco, the health and safety of pets in our care is a responsibility we take very seriously."

"After a thorough review of Baylee’s experience, it’s clear the groomer involved did not follow our animal care and safety policies. That groomer is no longer with Petco. As pet parents ourselves, we understand how distressing this experience has been for Baylee and her family. We’re committed to making it right and preventing this from happening again."

One dead in Summerville after Monday night shooting, no charges filed