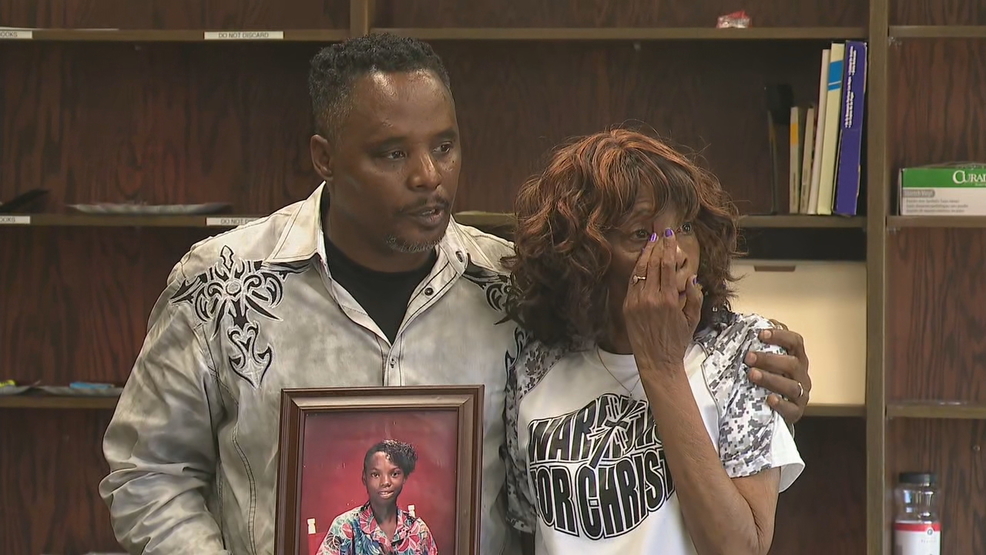 District Attorney Neil Pinkston is reopening the missing persons case of Tonetta Carlisle. She was 15 years old when she disappeared on March 16, 1989 while walking home from school.

Pinkston says they've been able to eliminate some of the other theories that were once part of the investigation. Now, they've centered in on convicted rapist Jeffrey Jones.

He killed himself two days after Tonetta's disappearance, but they've never been able to locate her remains.

Investigators have gotten a new DNA sample from Tonetta's mother and brother and resubmitted it to the database, looking for new matches.

On Thursday, Tonetta's mom and brother took us to the place where she was last seen.

"She could have gotten marriedhad children I missed out on all of it," Nonie Sturdivant said.

It's been years since they've been at that very spot on Hamilton Avenue.

"You can’t help but feel a chill because I know this was the block my sister was walking on when she got snatched," Darrell Stewart explained.

Darrell says he will never forget the day he found out his sister went missing.

You see stuff like this in movies and you hear about it, you don't think it will hit home. We really want to encourage everyone through our little sister, with school starting, to be careful. The parents, network with each other try not to have your child walking by herself, Darrell said.

The DA's office lists the following information about Tonetta on their cold case page:

"Around 3:00pm on March 16, 1989, Tonetta was seen walking a half block from home, on Ruth Avenue. A woman glanced up the hill and saw several people jump out of a tan and yellow car with Tennessee tag LKH-920. The woman watched as they pulled Tonetta into the car and sped away.

The woman and her husband chased the car and called police with the license number.

Eight hours later, after Tonetta failed to return home from school, her mother filed a missing child report. The two cases were not immediately connected.

The license number of the car involved in the abduction traced back to convicted rapist Jeffrey Jones. Jones killed himself two days after Tonetta's disappearance.

Tonetta Carlisle is a black female, with black hair and brown eyes, 5'11", 95 pounds at the time of her disappearance. She was last seen wearing a pink and white striped blouse, a denim skirt and white sneakers."

Tonetta's family will be at Coolidge Park Saturday at noon. They plan to release balloons and wear T-shirts with her picture on it.

Meigs County Sheriff's Office mourns the loss of a deputy

THP: One dead after crash in Polk County Friday night

Meigs County Sheriff's Office mourns the loss of a deputy

THP: One dead after crash in Polk County Friday night

Stolen by her babysitter as an infant, Virginia woman meets her birth mom after 53 years