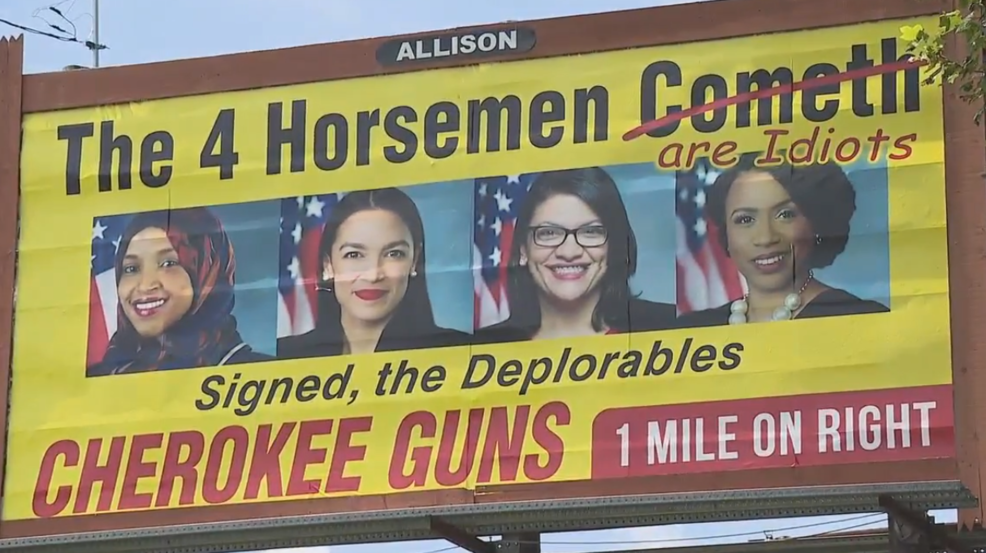 This billboard ad was put up in Murphy, N.C. by local gun store Cherokee Guns. Now, the store says the advertising company who owns the billboard replaced the ad Monday. (Image: WTVC)

A gun store behind a controversial billboard in Murphy, North Carolina says they've been contacted by the Secret Service.

Last week, we told you about the advertisement by Cherokee Guns.

We called the store Monday. A volunteer with the store told us the advertising company Allison Outdoor Advertising replaced the billboard today.

He also says the store also took down its Facebook page on its own after they were contacted by the Secret Service. He says they and the FBI are involved after people have threatened their lives and President Trump's life following the reaction to the billboard.

Doc, the owner of Cherokee Guns, told us last week that if need be, they would fight and they sue the advertising company to keep the billboard up in order to stand for their beliefs.

Depend on us to update you as we learn more.

One dead in Summerville after Monday night shooting, no charges filed