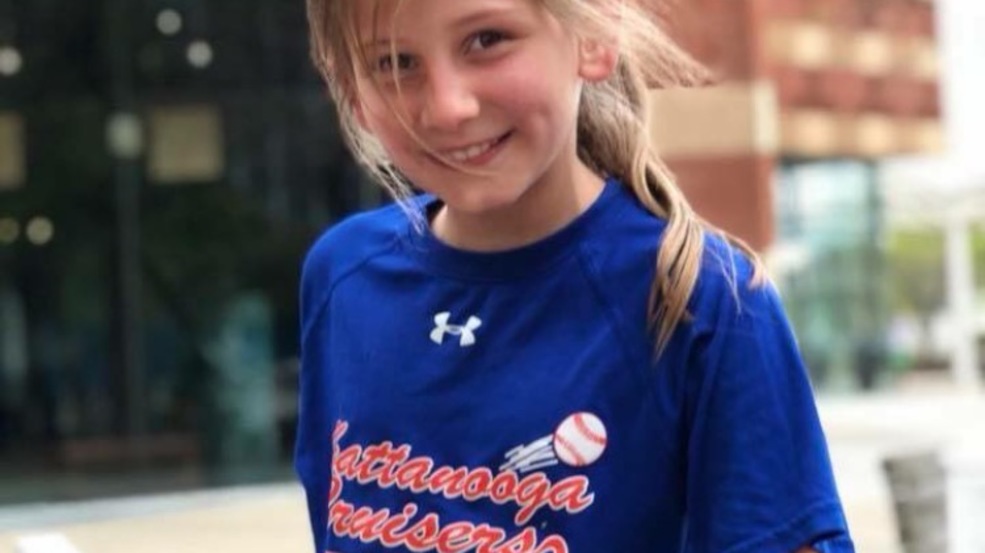 According to an HCDE spokesperson, Aubrey Reel was a 5th grade student at Lookout Valley Elementary School (Image Jamie Moody)

Community; they tend to show up when you need it most. Tuesday evening, the community in Lookout Valley started everything they could to help the Reel family.

Pastor Troy Walliser says he heard about the Reel's death about 20 minutes into his service Monday evening.

"This week we're in the middle of the revival services and Aubrey has attended each of those services," he said. "She came Sunday morning and Sunday night with her mom and sister and she was planning on being here Monday evening. They were pulling to get something to eat when the accident happened."

"Counselors today spent a lot of time in the classroom working with the kids," Hensley explained. "Maybe the kids didn't really understand what was going on but it was helping them to deal with their emotions and their feelings."

While school counselors did their part, other members of the community, like Jamie Moody, are setting up fundraising accounts to donate to the Reel family.

"If there is one less burden that we can take off of their plate, then we wanna do that and let them know we're there for them," Moody said. He is a family friend and his daughter plays softball with Aubrey's sister.

The community will remember Reel as a child full of life and a great athlete in softball and basketball. As they give their support to the family that needs it most.

"We're trying to catch up and catch our breath and understand," pastors said as they prayed.

No word yet on funeral arrangements for Aubrey Reel. Friends of the family say her mother is still recovering in the hospital. For other opportunities to donate, see posts below.

There is also an account at the Atlantic Capital Bank on 1110 Market Street #300. People can make a physical donation there through the Aubrey Reel Memorial Fund.