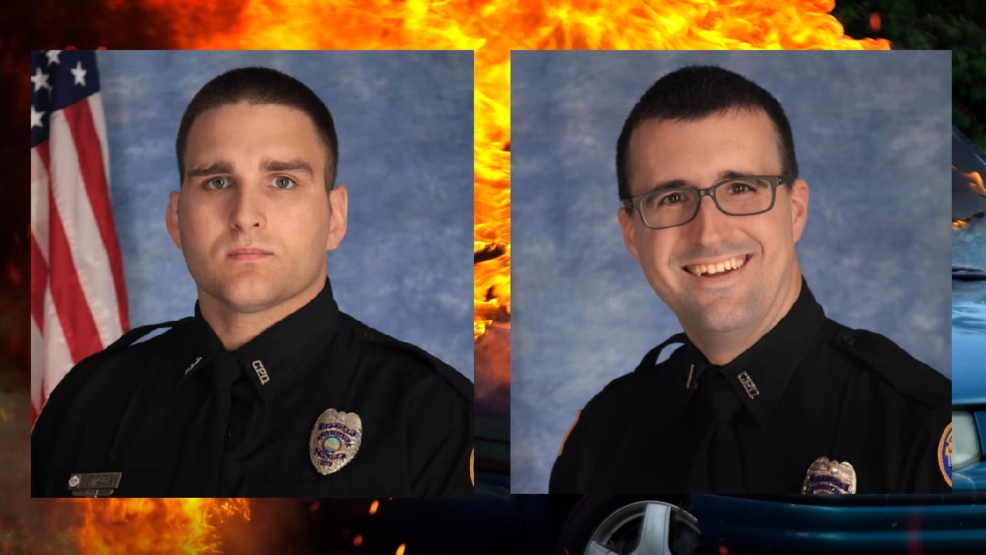 Officer Sharp heard a loud acceleration, and saw a car driving east on 20th Street toward him.

According to police, the car swerved violently into the wrong lane, and hit a light pole head-on.

When Officer Sharp swung around, the car had caught on fire.

CPD says Officer Sharp and Officer Geoffrey Humberd pulled the man from the car, and called in the fire department and EMS.

"Due to the quick response of Officer Sharp, Officer Humberd and the Cleveland TN Fire Department, this man’s life was saved," Cleveland PD said in a Facebook post.

We do not yet know the extent of the man's injuries.