Family of 5-year-old with autism says he was punished for hugging; district disputes info 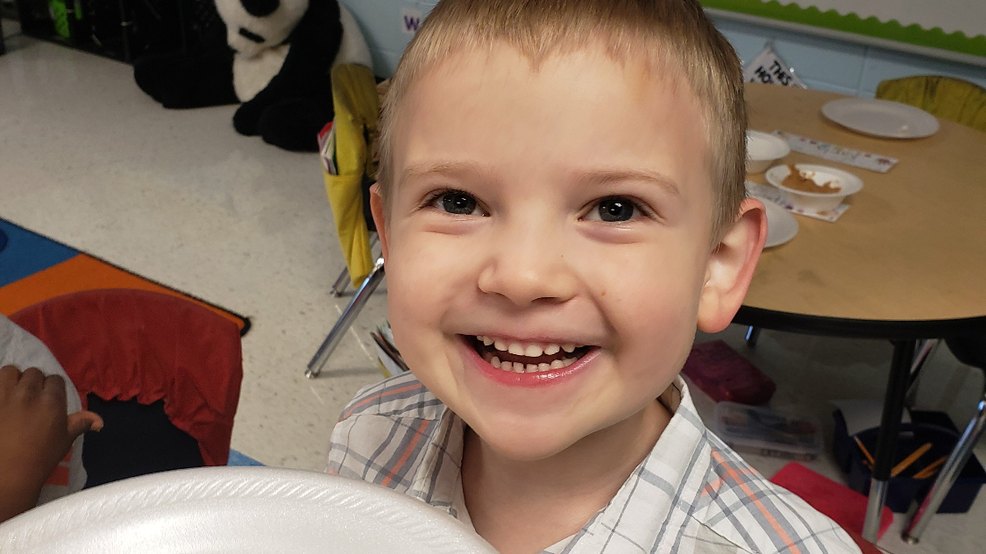 One family says their 5-year-old son with autism is being punished for giving his classmate a hug. (Image: Summery Putnam)

The family of 5-year-old Nathan spoke with NewsChannel 9 Monday, saying they were contacted by his teacher after he hugged a classmate, and that a report had been filed with DCS. You can hear more of their concerns in the report below.

In a statement released today, the school district says "at no time did school administration punish the child or treat the incident as a discipline issue," and that the family's comments do not capture "the full context of the concerns expressed to them by the school."

Their full statement reads as follows:

"Hamilton County Schools is committed to the safety and well-being of all students. Our school leaders work to serve our families and meet the needs of our diverse learners. This family's characterization of the incident with their child at East Ridge Elementary does not capture the full context of the concerns expressed to them by the school. It was not a hug or kiss that prompted the school to contact the family. Also, at no time did the school administration punish the child or treat the incident as a discipline issue. Moreover, no one at the school sought to label the child as “a sexual predator.”

Hamilton County Schools is bound by student privacy laws that do not allow us to discuss publicly specific details of what happened in the classroom setting with the child. Of course, at the family's direction and with their written approval, the district would be able to provide to interested parties documentation of the issues the school discussed with them.

The staff at East Ridge Elementary always elects to take action that places the concern for the child as their top priority - which is also required by our district policies and state laws. School leaders are only interested in the well-being of this very young child as he grows and learns with his classmates. The faculty and staff will continue to ensure that this child and every child in our care receives an excellent education in a safe, supportive learning environment."

See the original report below.

One family says their 5-year-old son with autism is being punished for giving his classmate a hug. East Ridge Elementary leaders say the boy overstepped his boundaries. But, his family says the whole thing is a big misunderstanding.

Nathan is a 5-year-old boy kindergartner at East Ridge Elementary. The principal says the school staff has talked with him several times. His guardian says the school has filed a report with the state.

Summery Putnam, Nathan's guardian, says she received a call from her son's teacher at East Ridge Elementary about three weeks ago.

"I was sick to my stomach," Putnam said. "The teacher called me and she said, 'You need to have a talk with Nathan about boundaries.'"

Putnam says Nathan has autism, which she says can make it difficult for him to understand social cues. "If you don't understand how autism works, you'll think he's acting out or being difficult," Putnam said. "But, that's not the situation." Putnam says the teacher said Nathan was overstepping boundaries. She says the teacher accused her son of sexual activities after she was told he hugged a child and kissed another child on the cheek.

"What do you do when a 5 year child is being labeled a sexual predator and accused of sexual harassment by the school system? It was disclosed that it will go in his record for the rest of his life that he is a sex offender. This child is austic, he comprehends and functions very different than your typical 5 year. What do you do? Who do you turn to for help when the school will not even listen to the child’s doctor when he explains the child’s difficulties in his comprehension of simple things such as boundaries. If anyone can offer advice or help please do. Please feel free to comment or pm me"

Amick says, "He shouldn't be treated like this. The kid doesn't even understand what sex is."

Tim Hensley, a spokesperson for the Hamilton County Department of Education, released this statement:

"School personnel are required to concerns regarding children to the Department of Child Services (DCS). It's up to DCS to determine if those reports are acted on by DCS and what form those actions may take. "

The family thinks the school is in the wrong.

Putnam says her son has now switched classrooms and teachers. He is enrolled in special education services.

NewsChannel 9 asked the school system if the teacher filed a report with DCS. A spokesperson said the source of those complaints is confidential. We also reached out to the DCS to get clarification on this. We have not heard back.

This is a story we will continue to follow.