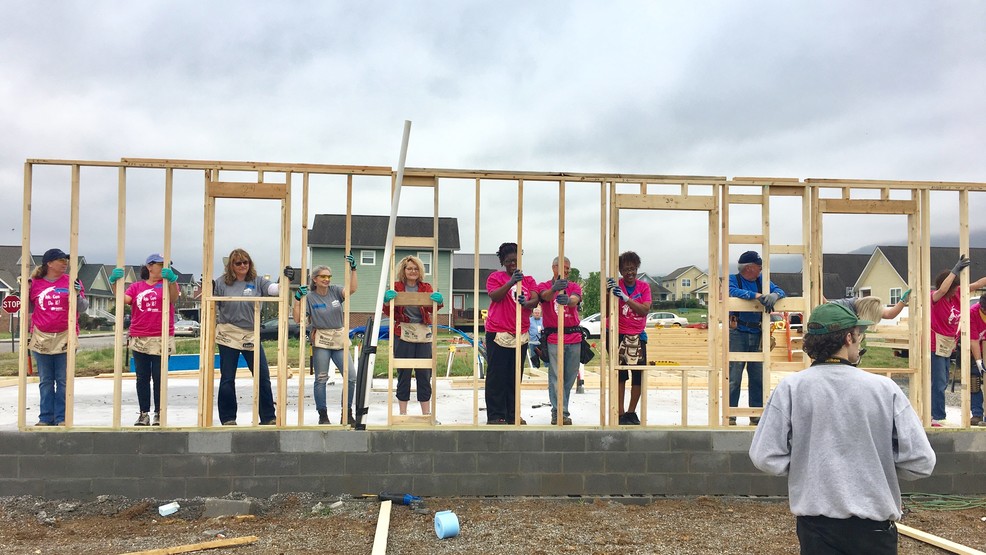 This is the first wall they were able to put up Saturday. Image by WTVC

Nail by nail, board by board are all things you can see and hear coming from 20 volunteers helping give life to one woman's dream.

The organization Women Build is putting up the walls on a foundation Vanester Steele and her two kids will soon get to call home.

"Today were going to raise the walls" says Steele.

Steele says she has to complete over 300 hours in order to get to this point, earning some of those hours through the final stage of actually building her home.

"That could be from working in the office or classes" says Steele.

Building this home not only to meet her last bit of earned hours, but so that she could be around other families.

"So I decided here because I would know more families around me" says Steele.

It's families like hers that director Dominique Brandt says get to experience actually putting in the time and effort.

"We want women in the community to be empowered to stand up for the cause of affordable housing...and actually build." says Brandt.

Although it will take some time, Steele says it will be worth it.

"It means everything... it means peace and that we're finally going to be home." says Steele.