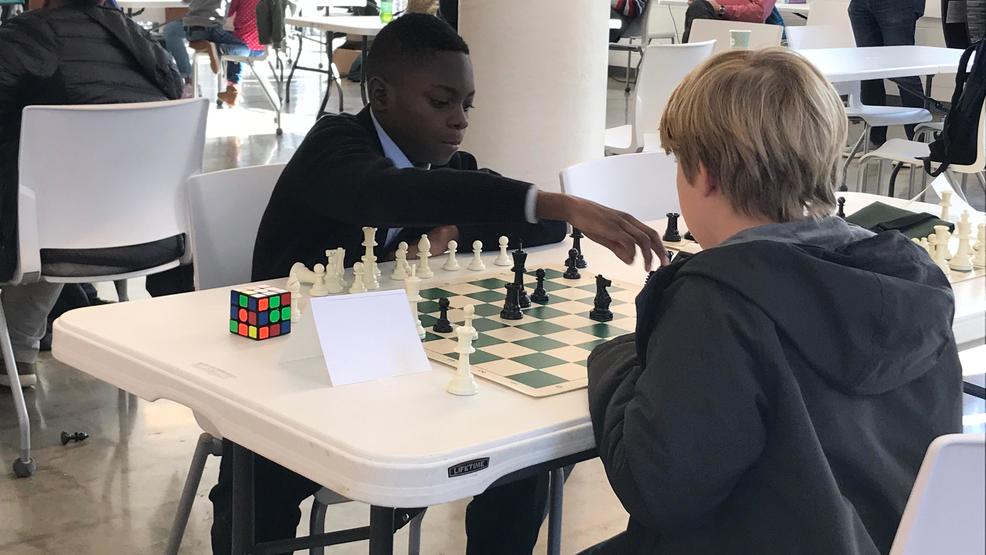 We saw one 7th-grader not only win his match, but do it while solving a Rubik’s cube. (Image: WTVC)

Usually school is the last place kids want to be on the weekend.

But these students couldn't wait to stop by Chattanooga Preparatory School for a chess competition.

The school hosted its first tournament inviting kids K-12 all around Tennessee to show just how smart they are.

We saw one 7th-grader not only win his match, but do it while solving a Rubik’s cube.

12-year-old Brandyn Craig is focused on his next move.

He's thinking hard, planning out how to beat his opponent.

"It's interesting -- you play people from all around the world," Brandyn said.

But apparently playing chess by itself wasn't hard enough.

Brandyn decided to multi-task with a Rubik's cube.

He says it keeps his nerves under control.

Brandyn is a 7th-grader at Chattanooga Preparatory School and is one of many bright young kids who are part of its chess team.

Lane is their coach. He says he sees the benefits of this cerebral game, as two-fold.

On one hand, Lane says chess develops concentration in students and that some studies do show better test scores from kids who play it.

But on the other hand, Lane says, more importantly, that the game improves decision-making in students.

"If I throw this bag at my friend, he'll get upset," Lane said. "That doesn't seem like the right move."

"It doesn't matter how you win, it's how you react when you lose," Brandyn said. "When you lose, you learn from it."

Brandyn did in fact win his final game this weekend, but he says no matter the result -- he gets a little smarter with every game.

And a Tennessee Tech and University of Alabama study looked into some high schools that incorporate chess into their lesson plans.

Out of the teachers surveyed, 73 percent of them say the game helped the students academically.

Chattanooga Prep is an all-boys public charter school. It opened its doors to 60, 6th-grade students in 2018.

The school currently has 6th and 7th graders, and plans to add a grade each year.