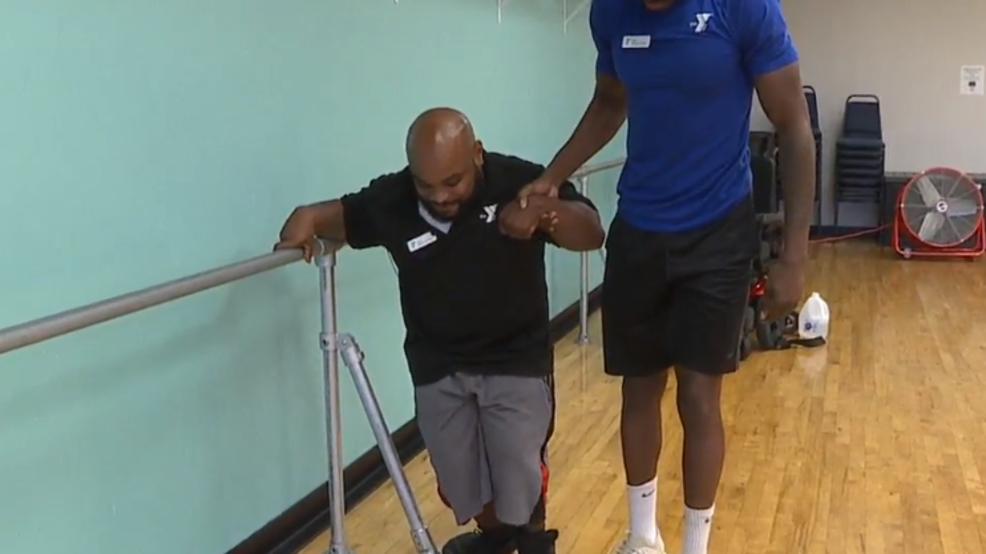 After being told his entire life that he would never be able to do the things most people do every day, Lyndon Stamper is walking out on those nay-sayers.

Lyndon has Cerebral Palsy, but he said that doesn't stop him from achieving great things.

Folks might know Lyndon as “Linny” - a member services employee at the YMCA who checks people in, but what he's doing in his spare time might blow you away.

“My entire life I was told that I wouldn't be able to do certain things, just because of my disability,” Lyndon grew up as the middle child with four other siblings and when he was younger, he said doctors told him his abilities would be limited.

“I was told I wouldn't be able to graduate high school with a regular diploma, which I did that in 2004,” said Lyndon.

He was told he'd never be able to get a regular job.

“So I beat that and I was also told I wouldn't be able to walk or stand or anything like that,” said Lyndon.

Now, he's beating that. Nearly a year ago, Lyndon began working out and pushing himself to get stronger.

“It gets easier and easier with every work out but... I still feel the burn,” he said he started on a leg press machine and could only lift 40 lbs.

“This is the machine that made me feel like one day I'd be able to walk,” said Lyndon as he gets on the leg press machine.

However, to him, walking with Cerebral Palsy was never impossible.

He thanks his family for that mindset through the years and now he wants others to share that mindset as well.

After all, Lyndon said it took him hundreds of applications and 15 years before he finally landed a job.

Lyndon Stamper said he might be a member services employee right now, but eventually he'd like to become a personal trainer to other people with disabilities, so he can help them overcome their challenges.

He said he wants people to stop limiting people with disabilities and see what they're capable of.