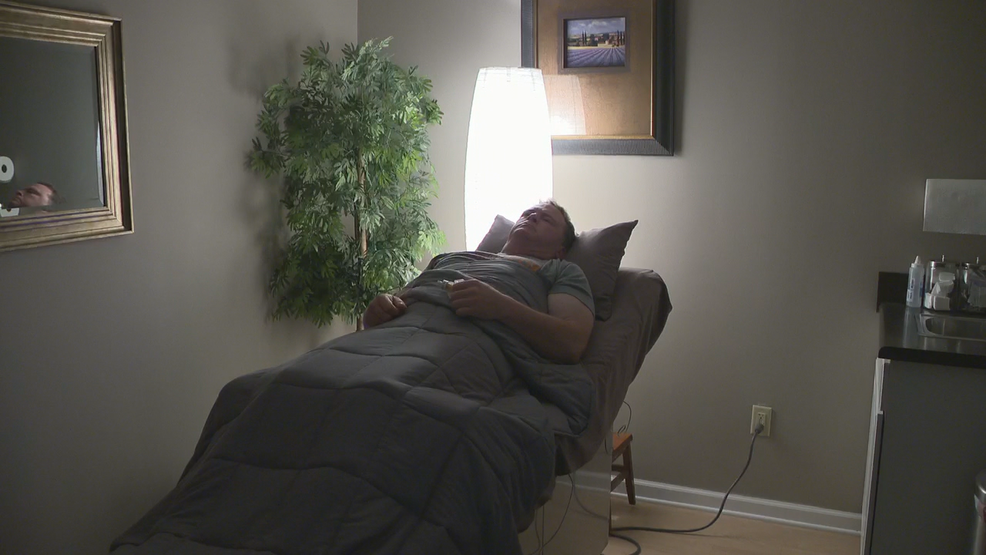 A local doctor says business is ramping up at his Ketamine Clinic. It's the only one in town.

A substance once hailed as a party drug is now being used to treat severe mental disorders here in Chattanooga.

A local doctor says business is ramping up at his Ketamine Clinic. It's the only one in town.

The treatment takes place in dim room with relaxing music, a bed, and Ketamine in an IV. It's simple.

What's complicated, though, is how Parkinson's disease is ever changing Kevin O'Brien's life. He has a family. He was a civil engineer.

"I've had to stop because of the Parkinson's," he said.

And now he's had to start Ketamine treatment for the depression that's set in.

"Give me Parkinson's all day long, but the depression is just terrible," he said. "It's like a kudzu growing on a tree. It's just very slow, methodical and persistent."

O'Brien used to have to go to Atlanta for the treatment.

But now, he can get Ketamine infusions in Chattanooga at a clinic.

It's often used on children and animals as an anesthetic.

"It doesn't suppress respiration. It does not suppress heart rate. It doesn't really sedate you and make you unconscious," Dr. Friesen said. "It simply separates mind and body."

"There's special K and the K hole when you have a huge dose, but this is an entirely different setting because it doesn't have the trippy, hallucinogenic effects when it's administered in slow anesthetic doses," Dr. Friesen said.

But, because there's limited research on the drug, O'Brein says insurance companies don't cover any of the sessions.

So, patients have to pay around $1,700 out of pocket for four sessions.

It's worth it to him, to pull him out of a depressive state.

"There's no color, everything is black and white and grey even on the prettiest of days," he said. "This therapy brings color back into my life."

We reached out to other therapists in Chattanooga about ketamine. Many said the treatment method is so new, they don't really know what to think of it yet.

According to an article published by Medical News Today, a common risk of taking ketamine is raised blood pressure.

O'Brien says he is trying to determine how often he needs a treatment. Friesen says it's different for everyone.