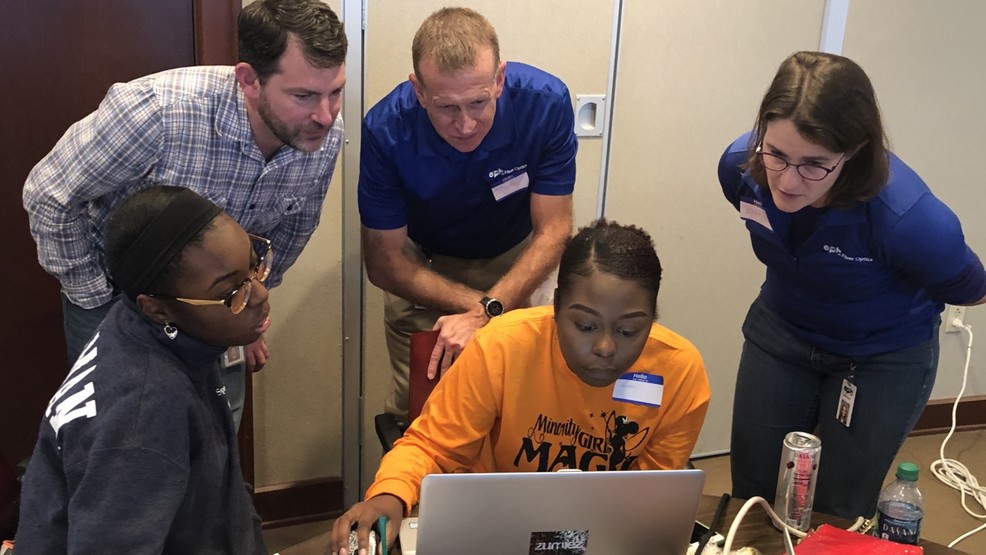 Fifteen students from Chattanooga Girls Leadership Academy (CGLA) further prepare for careers in technology as they gathered at EPB to represent Chattanooga in an international cybersecurity tournament called MAGIC Capture the Flag. Chattanooga State also served as a host location and joined CGLA in competing with teams located across the United States and as far away as Estonia.

The competition consisted of solving a series of computer puzzles that simulate the skills required for technical professions.

According to Steve Morrison, EPB Director of Information Security, EPB Fiber Optics sponsored the five, all-girl student teams from CGLA as part of a larger effort to encourage the development of local tech talent, especially among young women who are under-represented in tech fields.

At EPB, we believe that technical preparation strengthens the local economy by helping young people access well-paid, in-demand careers,” Morrison said. “At the same time, EPB is looking to the next generation of tech professionals as we continue to strengthen our ability to serve our customers and the local community.

“Today has been eye-opening,” said Zapouria Wadley, a senior at CGLA. “It feels good because we’ve been able to work independently and figure out things on our own.”

We’re teaching them coding languages like Java Script and Python along with other technical skills,” Brown said. “Many of these students had never considered a career in technology before. Now, they’re realizing that they can learn skills that will open many new opportunities for them.

The event is organized by the Mid-Atlantic Gigabit Innovation Collaboratory (MAGIC) to enhance workforce development for technology companies, particularly in the cybersecurity industry.