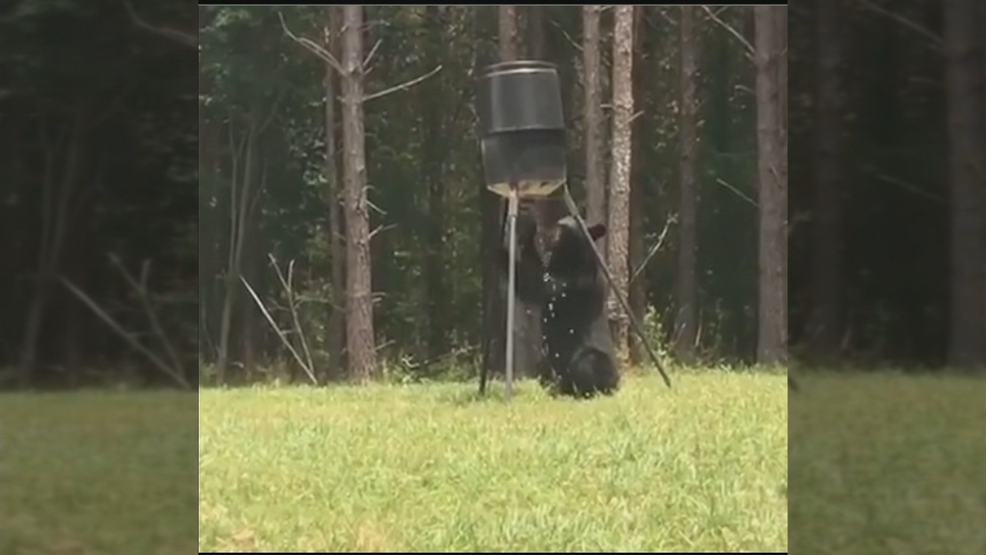 Video from a viewer shows a bear in Kimball, TN. (Image taken from video submitted by viewer)

A string of bear sightings have occurred in Marion County in the past month - four in total, with two in Kimball and the other two in Jasper.

After speaking with Marion County residents, they said they were excited to see the bears, but understand that if provoked, the encounter can become dangerous.

The Tennessee Wildlife Resources Agency (TWRA) tells us there has been a normal increase in bears throughout Tennessee, and that the recent spike can be attributed in part to male cubs having to leave their homes and now search for food.

TWRA officials say the bears likely won't harm humans unless otherwise provoked. They advise people to keep a safe distance and not approach the bear.

One Marion County resident says she's keeping her distance, saying, "If I ever see one, I’m just gonna let it be I’m not going to fool with no bear."

Another Marion County resident, Tabatha Gouger, recorded video of a bear and jokingly says that the county is now the "bear capitol of the world."

She adds that keeping children safe from the animal is a priority.

"They don’t know fear like we know fear," says Gouger. "You know as adults, they could just see the bear and go, 'Oh a bear!' you know, or they don’t even notice. 'Cause we’re more aware than little kids are when they’re playing, and they might not see the bear behind them. So that's concerning for little kids."

TWRA adds that keeping strong smells and trash outside is an easy way to attract bears, and if you encounter one, you should never feed them.

You can find more information on bears in Tennessee and Georgia at the links here.