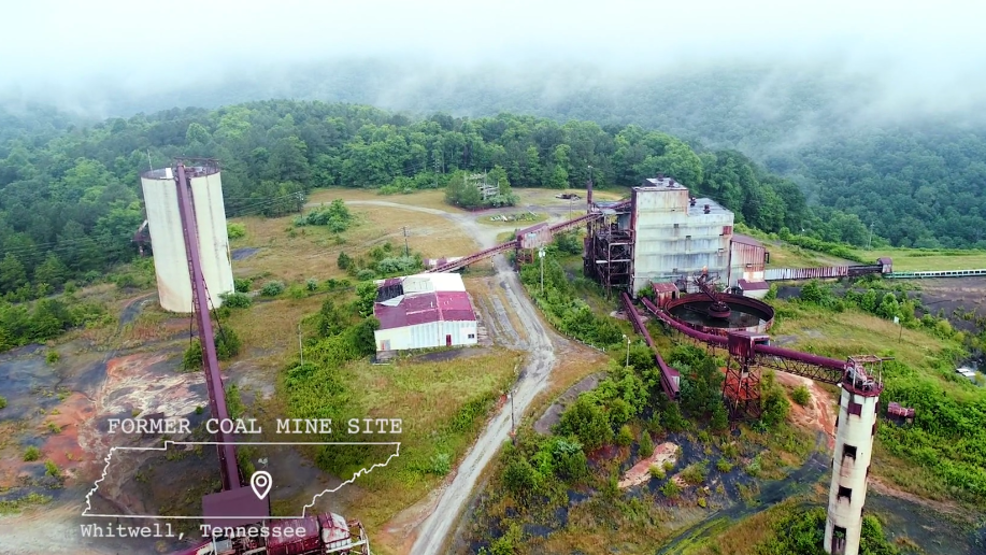 Image taken from "Mine 21" trailer, used with permission by Christopher McDonough.

This past fall, the short documentary “Mine 21” about the fatal coal mine explosion in Marion County was screened several times in Monteagle, Sewanee, and Whitwell.

The filmmakers say more than 1,300 people came to see it. The film follows Kelsey Arbuckle and Alexa Fults, both from Grundy County and current students at Sewanee, as they find out more about this event.

Filmmaker Chris McDonough says the effect in Marion and Grundy counties was tragic. Arbuckle’s grandfather, Charles Myers was one of the miners killed in the explosion. Her grandmother, Barbara Myers, testified before Congress in the 1987 federal lawsuit. Fults’ fifth great-uncle, Thomas Wooten, discovered coal on the Plateau in 1852. She was writing a research paper exploring the effects of the collapse of the coal mining industry on the local economy when Arbuckle asked her to be part of this project.

“We were overwhelmed by the response at the screenings,” said McDonough, a professor at the University of the South and the film’s executive producer. “Many people came up to me or to Kelsey and Alexa to ask what would be happening next with the documentary. A few people have contacted me about other screenings or buying a copy of the documentary.”

“I want to let people know they we haven’t forgotten these requests, and I appreciate everybody’s patience,” said McDonough. “Right now, the film is only 15 minutes long. That’s entirely due to budget constraints. Since the fall, we’ve been able to secure more funds and are looking to expand the film. I’ve been in touch with the PBS stations in Chattanooga and Nashville, and they are very interested in broadcasting the documentary once it is at least a half-hour long.”

McDonough says he and his crew have plans for further filming this spring, and hope to be able to get something onto television in the months to follow. “This is such an important story,” McDonough said. “Not only for people in this area, but for anybody interested in coal-mining. We will certainly be screening the longer version locally, once it is completed.”